NFT vs cryptocurrency vs digital currency: What's the difference?

You might have heard about the recent furore over BitClout, a blockchain-based social media platform that pulled Prime Minister Lee Hsien Loong’s profile from Twitter and made a “creator coin” — a non-fungible token — without his knowledge or permission.

You can probably guess what happened next.

Prime Minister Lee Hsien Loong sent an open tweet to BitClout to take his profile down immediately, and BitClout seems to have complied. As of April 6, 2021, searching his profile gives you a 404 error.

At this point, you’re probably wondering what non-fungible tokens or NFTs are, and how they are different from Bitcoin or other cryptocurrencies. Let’s find out!

Before we talk about non-fungible tokens, or NFTs, it’s important to understand the difference between fungible and non-fungible.

A fungible object is interchangeable and indistinguishable from another object. A good example of this would be money. Let’s say if you were to lend me $50, I could pay you back either with one $50 note, or 5 $10 notes.

NFTs however, are non-fungible, which means that they are totally unique. A good example of this would be paintings. The iconic Mona Lisa can never be reproduced to its exact specifications — and you most certainly can’t trade 5 cat memes for a Mona Lisa. 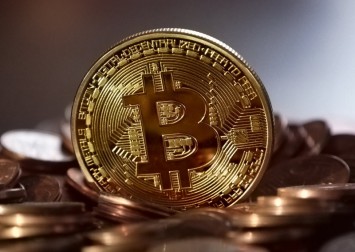 In the case of Prime Minister Lee Hsien Loong’s profile on BitClout, his social media profile was temporarily turned into a non-fungible token. On BitClout, these are known as “creator coins”, and are assets that can be bought and sold.

This NFT was unique to his profile, with its own cryptographic assets, metadata and identification codes.

The NFT on BitClout is used to represent a user’s reputation, which you could then monetise based on someone’s popularity.

NFTs can be used to represent other things, like artwork, collectibles, and even real estate! Its applications are endless, but before throwing your money onto the NFT hype bandwagon, there are other, similar things that you should know the difference about.

What’s the difference between NFTs and cryptocurrency?

But again, the key difference between NFTs and cryptocurrency (as well as cash) is fungibility.

However, 1 PM Lee’s Creator Coin is not the same as 1 Elon Musk Creator Coin, or 1 Kim Kardashian (West, if her divorce doesn’t go through) Creator Coin.

There’s a difference in its purpose as well. If you were to buy cryptocurrency, you would essentially be exchanging currencies like you would at the money changer; buying 1 Ethereum today for ~$2840.

Then, you would sell it in the future for a higher price to profit off the “exchange rate” on one of the many cryptocurrency trading platforms like Coinbase, Huobi or Bybit.

Meanwhile, when you buy an NFT, it’s more like buying a mobile phone, but in digital form. Each phone has its unique IMEI number, phone specifications and features. This is why an NFT is thought of as an “asset” as opposed to a currency.

You might have also heard the term “central bank digital currencies”, or CBDC, which has also been in the news. What are they?

CBDCs do not have a clear definition, but the most agreed upon one revolves around replacing physical cash money with an equivalent digital token to represent a country’s currency.

CBDCs are regulated by a country’s government and/or central financial institution, and as such they are relatively stable, value-wise. Usually, CBDCs are tied to a country’s currency value.

Read Also
Is China set to launch its world-first digital currency this fall? 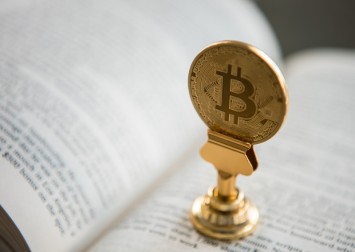 Cryptocurrencies and CBDCs are similar in their fungibility. They can be exchanged 1-for-1 with no loss to value. Their difference lies in how their value is determined — which impacts their volatility.

Like NFTs, cryptocurrencies are unregulated. Their value is almost solely determined by market demand, so both are extremely volatile in terms of value.

In fact, the Chinese government is currently trialling its China Digital Yuan by literally handing out free money via its central bank e-wallet app to its citizens, and giving businesses tools to accept and process the China Digital Yuan.

The China Digital Yuan is set to replace cash by turning legal tender into digital notes. In essence, China is “printing” money online, without ever printing money physically.

This enables its government and banks to track transactions in real-time, as opposed to the delayed transactions on your VISA/MasterCard/Amex credit card or debit card. Banks are still using legacy systems such as GIRO or FAST to transfer money between each other.

It could also potentially revolutionise how payments are made locally or internationally via remittance. 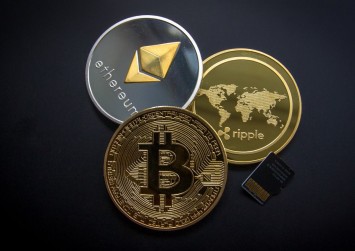 You might also be wondering, “Doesn’t PayNow, PayLah, PayAnyone or Google Pay do the same thing as CBDC?”

Not exactly. When you transfer funds with PayNow, PayLah, PayAnyone or Google Pay, you are still sending cash money via these platforms.

At any point in time, the funds that you send via these platforms can be withdrawn for cold, hard cash at the ATM machines.

You cannot withdraw a CBDC, however. This means that every time you use a CBDC, it will remove a piece of physical cash money from the economy to keep the value of the currency stable.

A final, huge difference is anonymity. Cash, by its nature, is anonymous. On the other hand, CBDC is highly traceable from point A to B. In this regard, CBDC aims to thwart criminal activity.

Should you buy into the hype around NFTs and cryptocurrencies?

It takes a special kind of person to be able to cash in on the hypetrains that are NFTs and cryptocurrencies. Remember, they’re incredibly volatile.

You have to be super nimble, alert and most importantly, have a huge appetite for risk. Many of us just aren’t those kinds of people, including myself.

Whichever you choose, make sure to exercise your own discretion and don’t feel pressured into “investing” in the latest shiny new thing just because everyone else is.