Singapore Airlines is looking to launch no-destination flights that will depart from and land in Changi Airport.

It’s been one of the toughest years in history for Singapore Airlines Limited, or SIA. That’s an understatement.

As the Covid-19 pandemic swept through the world, it has caused numerous airlines to ground their fleets as countries shut their borders and implemented lockdowns to contain the infections.

SIA has not been spared this carnage as restrictions on international travel continue to weigh on its top and bottom lines.

Two months ago, the airline announced a further reduction in staff headcount as it digs in for a long winter ahead.

Airline capacity is expected to remain below 50 per cent for the foreseeable future, and with no domestic routes to fly, a full recovery is not in the horizon.

Here are five things that investors should know about the airline’s latest update.

As expected, the first half saw revenue plunge 80.4 per cent year on year to $1.6 billion as SIA’s fleet remains largely grounded and borders remain mostly shut.

Total expenses fell by 56 per cent year on year which was not enough to prevent an operating loss of $1.9 billion.

Net loss attributable to shareholders came in at $3.5 billion, representing the largest loss in SIA’s history.

There were, however, a few one-off, non-cash items that had exacerbated the loss.

SIA took an impairment charge of $1.33 billion on 26 aircraft that were deemed surplus to flight requirements.

The liquidation of NokScoot resulted in a charge of $127 million, while management also wrote down the goodwill recorded on Tiger Airways of $170 million.

If these items are added back, its net loss would have been reduced to $1.9 billion.

2. Cargo demand is a mitigating factor

Cargo flow revenue saw a healthy increase in demand, with revenue rising by 28.3 per cent year on year for the first half to $274 million, as countries worked to restore the global supply chains.

This rise helped to mitigate the sharp drop in income for the passenger divisions of the airline.

As industry airfreight capacity remains constrained, cargo yields and load factors are expected to remain high in the next few months.

SIA’s cargo route network has grown progressively over the months.

The airline had slashed expenses aggressively through capacity cuts, the furloughing of staff and contract renegotiations.

These measures had reduced total expenditure by 60 per cent year on year in the second quarter of the fiscal year, from $4 billion to $1.6 billion.

However, during its media briefing, SIA’s CFO Stephen Barnes mentioned that cash burn remains high at $300 million a month, though this was down from $350 million a month previously.

Without further fundraising, this cash could only last the airline another two years based on the current burn rate.

The airline is exploring additional means to shore up its balance sheet and has the option to raise an additional $6.2 billion through the issuance of its Mandatory Convertible Bonds.

The good news is that SIA is establishing reciprocal green lanes with several countries for essential travel.

China, Brunei, Malaysia, Korea, Japan and Indonesia are included in this arrangement.

Reciprocal green lanes cater mainly for short-term travel with restrictions in place along with the need to quarantine oneself at the end of the flight.

Read Also
How many stocks should you own? 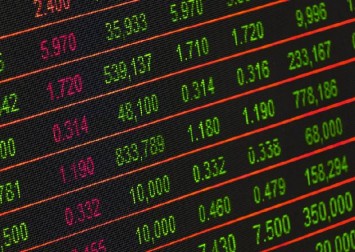 However, these arrangements do represent a sliver of hope for the airline to restart part of its operations since the border closures began in earnest early this year.

Hong Kong and Singapore have also just announced the establishment of an air travel bubble, ostensibly the world’s first.

This is an arrangement between two air travel hubs that decide to open up to each other and offers no restrictions whatsoever on the kind of travellers.

In time to come, more of such travel bubbles may be formed, thus hastening the recovery for SIA.

SIA has also been innovative in coming up with alternative revenue streams to mitigate the plunge in passenger revenue.

Initiatives such as Restaurant A380 @ Changi and SIA @ Home have been launched which offer a restaurant dining experience on the SQ A380 aircraft and home delivery of SIA’s meals.

These initiatives have been very successful, with Restaurant A380 selling out all its 15 sessions, while SIA @ Home has seen more than 500 packages sold to date.

Get smart: A possible earlier recovery?

A few days ago, American pharmaceutical company Pfizer announced that it had developed a Covid-19 vaccine that is more than 90 per cent effective. 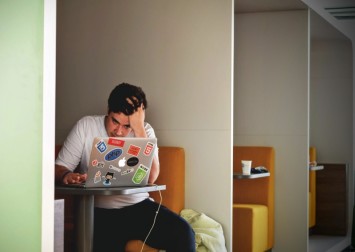 Health Minister Gan Kim Yong is in talks with various pharmaceutical firms including Pfizer to secure a broad portfolio of potential vaccines.

If successful, these vaccines could make it much safer for air travel and potentially allow for a reopening of closed borders much sooner than anticipated.

As an investor, you might wonder what the future holds for the REITs in your portfolio. Or how to select REITs that can make you money as Singapore’s economy struggles to recover from the pandemic.