A medical worker speaks to a man under observation after receiving coronavirus disease (Covid-19) vaccine, at Sunway Medical Centre, in Subang Jaya, Malaysia, on March 12, 2021.

GIC will buy a 16 per cent stake in an agreement that values Sunway Healthcare at about 4.69 billion ringgit ($1.13 billion), it said, more than half of Sunway’s 8.78 billion ringgit market value.

“The foreign direct investment by GIC validates Sunway’s confidence in the growth of its healthcare division and the long-term potential of Malaysia’s healthcare industry,” Sunway said in the statement issued jointly with GIC.

The investment amount will be disbursed to Sunway in four tranches over three years. GIC will be entitled to 3 per cent per annum dividend on the cumulative invested amount, a stock filing showed.

“If we don’t need the money yet, we rather take it later. We have discussed with GIC very carefully and both parties have agreed that this timeframe is good,” chairman Jeffrey Cheah told a virtual news conference.

Reuters reported earlier this week that Sunway, which also runs property development, construction and education businesses, agreed to sell around a 15 per cent stake in its healthcare unit to GIC for 700 million to 800 million ringgit. 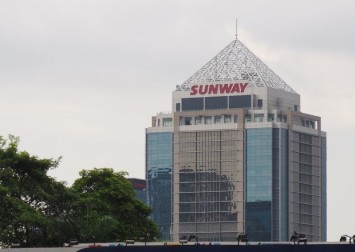 Sunway Healthcare operates two tertiary hospitals with combined capacity of over 800 beds and plans to build up to six more hospitals.

Expansion plans should increase capacity to approximately 3,000 beds in three to four years, with a plan to list the business in six to eight years, Sunway said.

Chief Financial Officer Chong Chang Choong said the immediate capital expenditure requirement for the expansion would be about 2 billion ringgit.

“Almost 40 per cent of the requirement will be funded by GIC’s equity injection, although it will be coming in over the next three to three and a half years,” he said.

Maybank Investment Bank acted as sole financial advisor to Sunway on the transaction.