SINGAPORE - Singapore's Whampoa Group, a multi-family office with investments in global tech firms, aims to deploy about US$100 million (S$140.5 million) through a venture capital fund in start-ups in the burgeoning digital assets segment, its senior executives said.

Whampoa Digital, the group's digital assets investment arm, will invest in and incubate early stage startups in Web3 — a utopian vision of the internet where users, rather than shareholders, own websites and other online services.

"We think there is great conviction in this space. The venture capital fund will help us to expand our footprint in this area," Shawn Chan, CEO of Whampoa Group, told Reuters in a recent interview.

He said the fund, which is likely to be launched next quarter, had received strong interest from Chinese tech firms and Asian business groups.

The fund plans to initially deploy $100 million and then scale up. It will invest in equity and tokens of products or services that enable and facilitate the mass adoption of Web3.

Cryptocurrencies are the most widely known digital assets that also include stablecoins, non-fungible tokens and others. 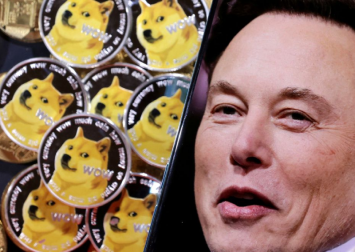 Whampoa Group has built an investment portfolio of about 200 companies over the past decade, including Chinese tech firm ByteDance and a fund set up by crypto currency exchange Binance.

Aureole Foong, senior partner at Whampoa Group said that though cryptocurrencies have had a torrid year, Web3 start-ups such as those involved in decentralised finance applications offered huge long-term growth potential.

He said Web3 projects were starting to find uses such as in the remittance of money and the entertainment industry.

The investment group's other co-founder is Lee Han Shih, a member of the business family that co-founded Southeast Asian bank OCBC and Lee Rubber Group, among other companies.

Chan said Southeast Asia's demographics and high internet penetration made it a fertile region for mass adoption of Web3 products and services.