What is NBA Top Shot and what should investors know about it?

In recent months, NFTs have sent shockwaves throughout the global investment community. NFTs, also known as non-fungible tokens, are virtual tokens that certify an asset's authenticity on the blockchain.

In only a few short months in the mainstream, NFTs have sparked speculation about how they will affect the future of collecting and investing.

The virality of NFTs is in part due to the fact that almost anything digital — art, videos, music, memes, and even tweets — can have them. NFTs have also gained considerable media coverage due to some outlandishly expensive sales and the prospect of getting rich quick.

Among the most commonly talked about NFT trading platforms is NBA Top Shot, a collaboration from the National Basketball Association (NBA) and blockchain company Dapper Labs.

On NBA Top Shot, users collect, trade, and sell virtual tokens attributed to their favorite basketball highlights. In the few months since NBA Top Shot's inception, over US$370 million (S$491 million) of assets has been exchanged, with some 'moments' worth upward of hundreds of thousands US dollars.

What is NBA Top Shot?

To reiterate, NBA Top Shot is a platform that enables people to trade NFTs. The NFTs supported on the NBA Top Shot platform are virtual 'moments' that depict particular highlights from NBA games.

Traders can purchase moments either as a part of booster packs (similar to trading cards) or as individual NFTs. The market bases the valuation of an NFT on a combination of factors, including how exciting the highlight is, the popularity of the player depicted, and other exogenous factors.

Not all NBA Top Shot moments are made equal. In fact, the hierarchy of differently valued moments is quite significant. For instance, NBA Top Shot moments depicting non-star players and less exciting highlights (e.g. an assist or rebound) are more common and therefore valued lower.

Moments like these are typically valued between US$1 and U$100. On the other hand, rare moments depicting exciting highlights, such as this LeBron James dunk against the Houston Rockets, have sold for hundreds of thousands of US dollars.

The hype surrounding trades like this (and of NFTs in general) have led NBA Top Shot to have second highest trading volume of any NFT marketplace on the internet.

As millions of dollars continue to be circulated daily on the NBA Top Shot platform, it's natural to wonder about its outlook and how this may affect investing and crypto collectible communities in the future.

What is the future of NBA Top Shot and NFTs?

It's impossible to forecast the long-term future of NFTs such as NBA Top Shot. If the current market serves as any indication, however, that NFTs are making some people very wealthy is already apparent.

Additionally, Dapper Labs' recent securing of US$250 million in fundraising signals that speculators and investors alike are ready to buy into the hype.

Read Also
Non-Fungible Tokens (NFT): What they are and how people are making money off them 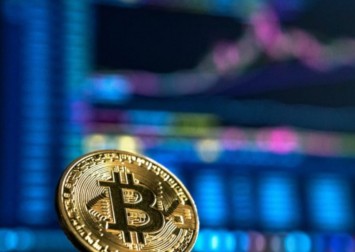 There is already confirmation that Top Shot-esque crypto collectibles will expand to other sports leagues like the WNBA and UFC fighting in the coming months.

In other words, the momentum of NFTs will help to propel—at very least—another trading boom as investors rush to be among the first engaged in new NFT markets.

Unlike stock trading, however, there isn't any inherent value to NFTs outside of value assigned through investor supply and demand.

For this reason, if the hype behind NFTs dies down or certain NFT markets perform worse than expected, it's possible that traders would "pump and dump" and exit their positions. If such a thing were to happen, the artificial value ascribed to NFTs could conceivably plummet.

If the potential to make money from NFTs were to disappear, so too would consumer demand for NFTs.

As an individual investor, the best thing you can do is stay informed and inquisitive about new opportunities to earn money. Even though the outlook for NFTs appears to have all the hallmarks of volatility, NFTs such as NBA Top Shot continue to be popular and trade at high volumes.

Because there are significant risks to engaging in the NFT market, it may be helpful to create an investment strategy to figure out just how and how much you want to earn from investing.