What Singaporeans need to know about Temasek's preliminary portfolio performance 2020

Do note that the final audited, annual consolidated group financials and portfolio performance for the year will only be released in September.

Here are some take away from this announcement. 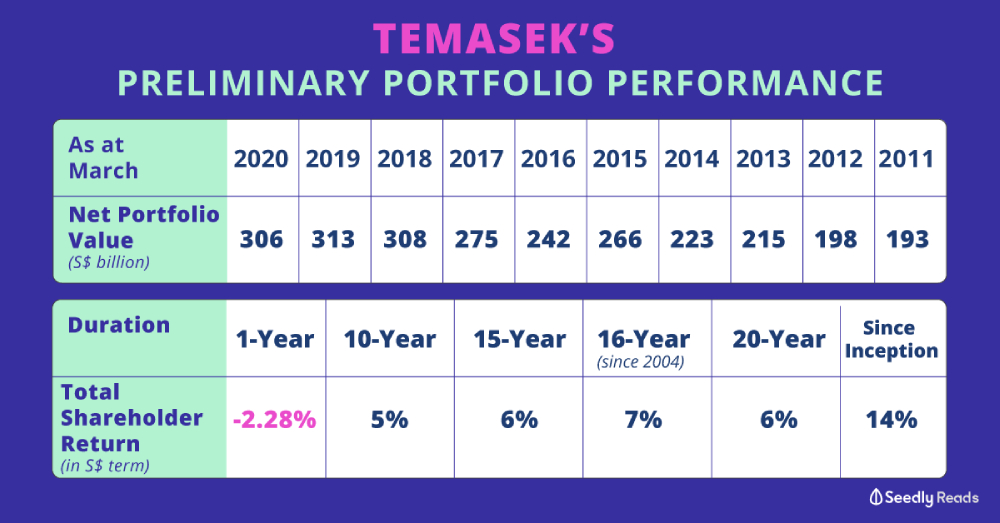 We see a slight decrease in One-Year Total Shareholder Return (TSR) of 2.3 per cent, which seems reasonable for such a climate. Most people would have expected a worse result.

Do note that TSR takes into account all dividends distributed to the shareholder, less any capital injections.

Over the last 16 years

Temasek portfolio vs indexes around the world

Here's the Net Portfolio Value (NPV) of Temasek over the past 10 years: 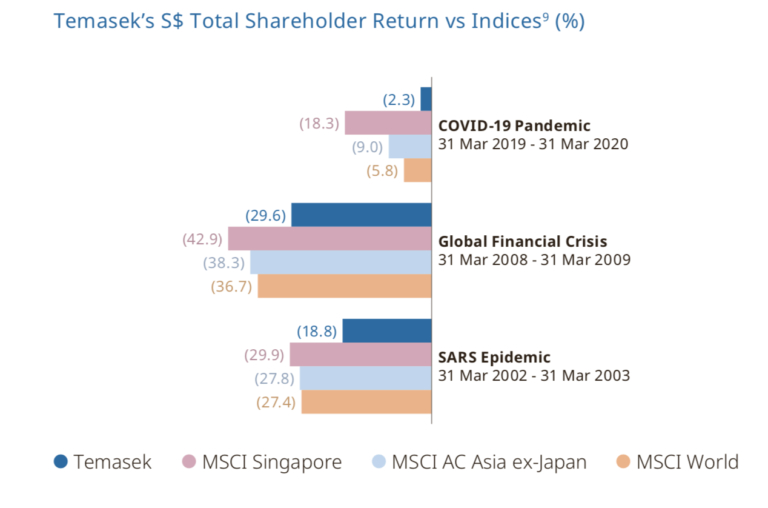 Overall, Temasek's portfolio has been quite resilient to crises as compared to some of the indexes in terms of past performance. While past performances do not necessarily depict future performances, we thought the track record seems rather healthy.

There are definitely things we can learn from the way Temasek invests.