SINGAPORE -  Mohamed Farid Mohd Saleh, a first warrant officer with the Singapore Civil Defence Force (SCDF), was on Wednesday (Nov 20)  sentenced to 13 months’ jail for his role in a ragging case that led to the death of a full-time SCDF national serviceman.

Farid, 37, was the third officer to be convicted over the incident in which Corporal Kok Yuen Chin, 22, drowned on May 13 last year.

On the day of the incident, most of the officers on duty at the fire station had gathered in the control room for a cake-cutting ceremony to celebrate Cpl Kok’s impending completion of national service.

Some officers then lifted Cpl Kok and carried him across the yard to the pump well where he was pushed into soon after.

During the trial, Nur Fatwa testified that it was Farid who told him to push Cpl Kok into the pump well. As a result of Nur Fatwa’s actions, Cpl Kok drowned.

Nur Fatwa was sentenced in October last year to one year and four weeks’ jail for committing a rash act not amounting to culpable homicide. He has since completed his jail term.

Last December, 33-year-old Adighazali Suhaimi, a staff sergeant, was jailed a month for deleting video footage of the incident captured on his mobile phone.

Two other officers in charge of the station on the night of the incident – 38-year-old Kenneth Chong Chee Boon, a lieutenant, and 40-year-old Nazhan Mohamed Nazi, a first senior warrant officer – have claimed trial and their cases are still pending.

In sentencing submissions on Wednesday, Deputy Public Prosecutor Kumaresan Gohulabalan asked for at least 14 months’ jail for Farid, citing aggravating factors including the fact that he was the highest ranking individual in the immediate vicinity of the pump well at the time of the tragedy. 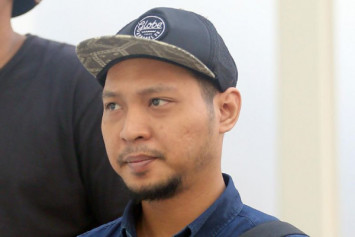 On the degree of culpability of those involved, DPP Kumaresan said Farid had “actively” suggested to Nur Fatwa to push Cpl Kok in.

“Nur Fatwa acted in consequence of the accused’s instigation. Both the accused and Nur Fatwa are thus equally blame worthy. There is no difference in their responsibilities for the offence involving the tragic demise of Cpl Kok,” the DPP said.

The DPP also said that unlike Nur Fatwa who chose to plead guilty at the first mention of his offence, Farid “in contrast, claimed trial”.

“An uplift to 14 months’ imprisonment would be appropriate given the accused’s blatant lack of remorse,” he added.  In Farid’s mitigation, his lawyer Vinit Chhabra asked for a sentence of between four to eight months’ jail.

He said while the court has determined that Farid did instigate Nur Fatwa, his client had no control over the suddenness or manner in which Nur Fatwa “snuck up” behind Cpl Kok and “shoved” him.

He also said Farid regrets that Cpl Kok died that day and “wishes more than anything else that it had never happened”.

In handing out the sentence, Second Principal District Judge Victor Yeo said the sentence must reflect the degree of harm and culpability in the case.

“It must send out the message that such rash and risk-taking behaviour will not be tolerated and an offender must be prepared to bear the full consequences of the law... (it must also) send a clear signal to warn like-minded people from engaging in such conduct,” he said.