15 out of 100 people reinfected with Covid-19, Ong Ye Kung cautions another wave

On Monday, 4,719 new Covid-19 infections were reported in Singapore.

SINGAPORE - Fifteen out of 100 people here with Covid-19 have been infected previously, and this could amount to another wave if the number of cases climbs in the coming days.

Giving the figures on Monday (Oct 10) night, Health Minister Ong Ye Kung said the authorities are monitoring whether the nation is experiencing another big wave of Covid-19 cases by looking at reinfection rates.

He said: "As of now, reinfection rate is at about 15 per cent, meaning out of 100 people that are infected, 15 are getting it for the second time.

"If you start to see 50 per cent getting it a second time, you're going to have a wave."

Mr Ong was speaking about his experience tackling the pandemic and the rationale for Covid-19 measures in Singapore at the Yale-NUS College President's Speaker Series of public lectures, which features key global personalities.

The Government's decision to ride through the pandemic by easing quarantine rules in October 2021 was a decisive one, which came as the Delta wave was raging, said Mr Ong at the lecture on Monday, held on campus. 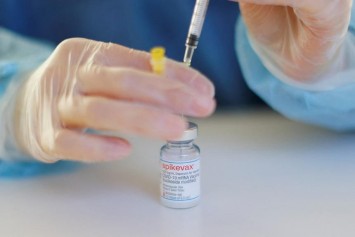 The release of about 40,000 people from quarantine with the simplification of rules at the time was a "turning point" for Singapore, as vaccination rates went up thereafter and a majority of the people here also took responsibility to isolate themselves when needed, he added.

Said Mr Ong: "With every wave, we were able to open up and yet ride through the wave."

More than 4,000 cases were reported on Sunday and this could double to between 9,000 and 10,000 on Tuesday, which is usually the most dreaded day of the week, he said.

There is usually a spike in case numbers on Tuesdays, due to people socialising over the weekend.

Commenting on the current Covid-19 situation, Mr Ong said: "Hospitals will get busier, healthcare workers will come under strain, and we have to support them as much as we can, but we'll have to try our best to ride through this."

On Monday, 4,719 new Covid-19 infections were reported in Singapore.