SINGAPORE - Tan Tock Seng Hospital (TTSH) has taken disciplinary action, which included warnings and financial penalties, against 18 staff who were responsible for a safety lapse at the hospital's dental clinic.

Between Nov 28 and Dec 5 last year, up to eight patients may have been treated with equipment that had not undergone the final stage of a sterilisation process.

Those disciplined included senior management and supervisors who failed to adhere to the established quality and safety requirements, the National Healthcare Group (NHG) said in a statement on Tuesday (Jan 8).

They will also be counselled and will undergo retraining and education, the NHG added. 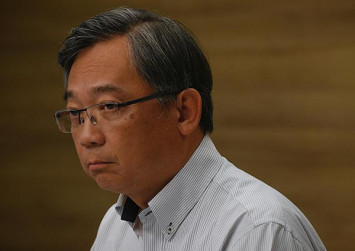 The NHG review committee that conducted the investigation into the lapse was chaired by Professor Chua Hong Choon, chief executive of the Institute of Mental Health, and included experts from other health clusters.

The Ministry of Health (MOH) said that it had received the incident reports from the NHG and TTSH and would be reviewing them along with its own investigations to determine if further regulations or other actions are necessary.

The NHG said that "human error" was the main cause of the incident.

Dental instruments at the TTSH clinic are usually manually washed, put through ultrasonic machine sonication and air dried. As a final step, they are then steam sterilised.

The committee's investigations found that on Nov 28, a member of the staff at the clinic had loaded eight packs of instruments into an autoclave machine used for steam sterilisation but had failed to initiate the process.

Later, another staff member unloaded and stored the packs without realising that they had not undergone steam sterilisation. The packs were also not verified for sterility before being used for treatments.

Each pack of instruments is typically used for treating one patient although some patients may require more than one pack.

On Dec 4, a third member of the clinic's staff discovered that a dental instrument had not undergone steam sterilisation.

A physical check of all dental instruments was conducted on Dec 5 and the clinic confirmed on Dec 7 that the eight affected packs did not undergo this final step.

TTSH then suspended all elective procedures at the clinic from Dec 8 to Dec 12 for a safety time-out. All of the clinic's dental instruments were checked during this period and additional measures taken to ensure the sterilisation process was properly completed.

Various safety procedures were stepped up at TTSH following the incident. For example, loading the autoclave machine and starting the sterilisation process were linked together as one step. Verifying that the packs had undergone steam sterilisation must also be done before unloading them.

On Dec 9, the hospital began contacting the 575 patients who were treated during the period to inform them of the incident and to assure them that the risk of infection was "extremely low".

Prof Philip Choo, group chief executive of the NHG, on Tuesday apologised for the incident and thanked the committee for its review and recommendations.

He said: "Patient safety will continue to be our utmost priority, and we hold our staff to the highest standards of quality and safe care of patients. We will work harder to ensure that the well-being and safety of our patients are best served in all our institutions."

The MOH said that the incident was a "timely reminder" for all healthcare institutions.

An MOH spokesman said: "Patient safety is paramount. Following the incident at TTSH Dental Clinic, MOH has instructed all public and private healthcare institutions to further strengthen their systems and ensure staff awareness and strict adherence to all processes for patient safety and care."