In general, women preferred to get married almost a year younger, or 11 months earlier, than men.

The Singapore Government frets about young people delaying marriage and having children but, going by the findings of a recent survey, it may have less to worry about than thought.

Nearly 90 per cent of the respondents hope to get married, and 86 per cent would like to have children, according to the survey conducted by The Straits Times in partnership with the Singapore University of Social Sciences (SUSS).

The study sought the views of more than one thousand 19-year-old Singaporeans last year and what they thought about various topics, including marriage and family. For many of them, the ideal age to achieve both - find a life partner and start a family - is by the time they turn 30.

In general, women preferred to get married almost a year younger, or 11 months earlier, than men. Females from the junior college (JC) route said 27 years old was the ideal age to marry, while their male peers said 28 years old was the right time. 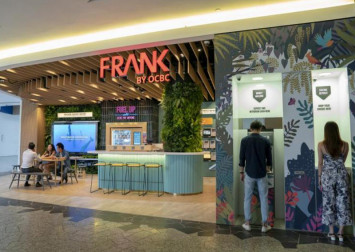 Females in polytechnics and the Institute of Technical Education (ITE) said 27 and 26 respectively would be their preferred age to get married. Their male counterparts indicated they wanted to settle down a year later.

Similarly, on average, female respondents hoped to have their first child 16 months earlier than males.

But both males and females from JCs preferred to start a family at a later age compared with those from polytechnics and ITE.

The survey also found that most of the respondents, or 65 per cent of them, said their ideal partner should have similar interests and hobbies as them.

More than half of them also hoped their partner would have the same race, religious beliefs and education level as them, while about a sixth or less (13 per cent to 16 per cent) said it did not matter.

These findings come even as the Government announced recently that it wants to hear from Singaporeans on what they think about marriage and parenthood, and how young families can be better supported.

More women are also getting married later. According to the Statistics On Marriages And Divorces 2017 report, the median age for first-time brides was 28.4 years in 2017, up from 27.2 years in 2007.

Associate Professor Randolph Tan, who led the ST-SUSS study, said its results suggest "a very different future trajectory for marriage rates and TFR of this group".

But he also noted the respondents raised concerns about the costs of bringing up children. "There is a strong possibility that these concerns begin building up as young people approach their 'ideal' marriage ages," he said.

Dr Charles Sim, head of SUSS' master of counselling programme, said the findings are not surprising, given that the respondents are in their pre-adulthood years, and a sense of identity and belonging is important to them at this stage of their lives.

"Their views may change over the next five to 10 years, after having experienced the demands and challenges of working life, and being involved in intimate relationships," he said. 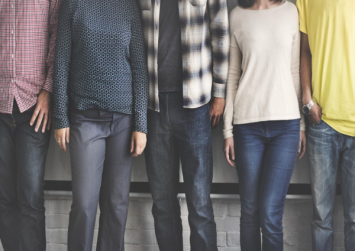 "In fact, surveys show that this is an important aspiration for many young Singaporeans - the only issue is how to achieve this, given the pressures of work and the social expectations people have about what is needed before they marry and have children."

Temasek Polytechnic student Charmaine Goh said she hopes to get married between the ages of 26 and 28, and have children before 30, so that there is some "buffer time" to enjoy as a couple.

The third-year communications and media management student said getting married earlier would not be possible as she wants to be financially stable first.

"I definitely know I want kids, but it's when I have more security in terms of finances and career. There are bills to pay and the cost of buying a house, raising a child, education, is high."

Similarly, Mr Nicholas Papayoanou, who is serving national service, said 27 to 28 would be a good age to marry, and he hopes to be a father by the age of 30.

"Financial stability is definitely crucial to me. I feel like I can only start a family when I'm 100 per cent sure I can do it; that I'm capable of taking on a so-called 'new life' with new responsibilities.

"Without a stable job and income, I don't think I'd have that confidence. I must make sure both my partner and I are ready, that we have somewhere to live, that we have enough money, that we've thought everything through and we know we can juggle everything," he said.