2 dead after worker tries to rescue supervisor from ship's tank

The supervisor had entered the ballast tank of a dredging vessel without wearing appropriate PPE or checking whether it was safe.

SINGAPORE - A supervisor and another worker died after they entered a ship’s ballast tank and collapsed in the confined space.

The supervisor had entered the ballast tank of a dredging vessel last Wednesday (May 19) to inspect it, without wearing appropriate personal protective equipment (PPE) or checking whether it was safe.

Some time after he collapsed, a second worker went into the tank to rescue him, but he also passed out, said the Workplace Safety and Health (WSH) Council in a bulletin on Monday (May 24).

A third worker who attempted to help the unconscious duo also collapsed inside the tank.

In response to queries from The Straits Times, the Ministry of Manpower (MOM) said the incident occurred in the eastern waters of Singapore.

The three workers were Bangladesh nationals employed by KSE Marine Works, and had likely collapsed due to oxygen deficiency in the tank, the MOM spokesman said.

Subsequently, the rest of the crew forced ventilation into the tank. The second worker managed to climb out of the tank after regaining consciousness.

The 39-year-old man was taken to Changi General Hospital and was discharged last Saturday (May 22), the spokesman added. 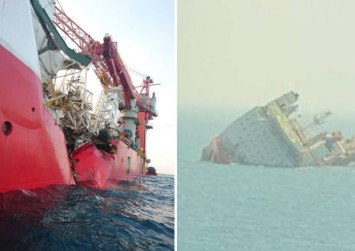 The WSH Council said: "The supervisor and the third worker were later extricated by the Singapore Civil Defence Force but unfortunately did not survive."

MOM said the two workers, aged 31 and 37, were pronounced dead at the scene.

The ministry is investigating the incident and has instructed the occupier, Antara Koh, to stop all works involving entry into confined spaces.

The WSH Council, a statutory board under MOM, said the incident highlights the invisible dangers of confined spaces.

It also urged employers to stick to life-saving requirements in the WSH (Confined Spaces) Regulations.

They include having at least one worker inside the confined space equipped with a portable gas monitor to continuously observe the level of oxygen or other harmful gases and to ensure sufficient ventilation of the confined space.

The latest workplace fatalities come after over 3,200 workplace safety and health breaches were found during inspections between January and April, in part due to stepped-up enforcement efforts this year.

This is almost double of the 1,800 contraventions last year.

There were also 14 workplace deaths between January and April, which is the same number over the same period last year.

These figures do not account for passengers who were injured or killed in road accidents while travelling to and from work. 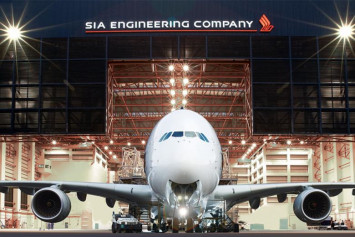 In April, two workers were killed while travelling in the back of a lorry on the way to a worksite.

The number of injuries in the first quarter of this year was higher than over the same period last year before the Covid-19 pandemic hit Singapore.

Meanwhile, the Singapore Contractors Association Limited and the Singapore Manufacturing Federation told The Straits Times that pressure to complete delayed projects may increase the risk of workplace accidents and injuries.

With the latest incident, the total number of workplace fatalities this year has risen to 16.