2 workers who died in Tuas blaze were in their 20s, supporting families back home

Anisuzzaman 'Ani' Md. (left) and Shohel Md. were both from Bangladesh.

SINGAPORE - Two of the workers who died in the Tuas industrial fire last Wednesday (Feb 24) along with site supervisor Marimuthu S, a 38-year-old Indian national, have been identified.

In a statement posted on Facebook on Tuesday (March 2), non-profit organisation ItsRainingRaincoats (IRR), which focuses on migrant worker issues, said the two were from Bangladesh.

The second of five siblings, Shohel Md. turned 23 last month. Before he left for Singapore in 2019, he told his father to stop working and assured his parents he would take care of the family.

"But now both parents have lost a beloved son, a strong pillar and a life full of potential. He was excited to start his career and life in Singapore but all that ended in a blaze last week," the post read.

The other worker - 29-year-old Anisuzzaman "Ani" Md. - was in Singapore for about 17 months before the accident. As the sole breadwinner of his family, Mr Anisuzzaman had taken a loan to secure a job here.

IRR said: "Everyone in their hometown knew Ani. He not only served his family but was always ready to support anyone. His brother's grief is deep and had our volunteers in tears as well. He wishes that people will know how wonderful and dear Ani was to him."

Ten workers suffered burn injuries in the fire at No. 32E Tuas Avenue 11.

Of these eight workers, three have died of their injuries. The remaining five are in critical condition.

IRR also posted an update on Mr Marimuthu's family. It said the migrant worker, a father of two who had been working in Singapore for a total of 12 years, did not get to meet his 10-month-old daughter.

When his wife gave birth to their second girl in India last April, Singapore was going through its circuit breaker. He was last home in India in August 2019.

Mr Marimuthu was the pillar of his family, which comprised four sisters, their mother, a father who is blind, as well as his wife and children.

"We have also identified the five migrant workers who are still in critical condition. Our volunteers are engaged to connect with their families to provide support," IRR said.

The Tuas industrial unit is registered to Shield+, a fire protection equipment supplier.

But the occupier at the time was Stars Engrg, the employer of the eight workers who were taken to SGH.

The NGO said that it will be dividing the proceeds equally among the victims.

"Give Asia will assist to disburse the proceeds to the families once the campaign closes, and as in previous cases, we will advise the families on managing the funds to the best extent we can," IRR said.

The campaign is expected to run until noon on Wednesday.

Read Also
'He was the pillar of his family': Tuas fire victim never got to meet his 10-month-old daughter 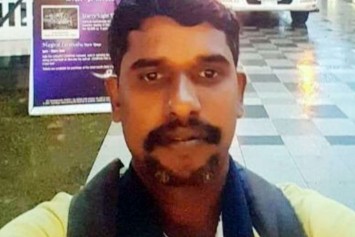 The founder of IRR, Ms Dipa Swaminathan, noted the efforts of volunteers in identifying and extending support to the victims and their families.

"This effort has not been easy and has taken a huge physical and emotional toll on our volunteer team involved. None of them are remunerated for what they do.

"They have been working non-stop for days, speaking to crying family members, answering questions from donors and media, doing all the due diligence and getting all the documentation in place that is needed for Give Asia to start an appeal.

"Many of our volunteers have lost appetite and sleep and have not even been able to spend family time or de-stress as they feel they are living in a parallel universe attending to these brothers and their distressed families."