Between 2019 and last year, 1,239 scammers and money mules were below 30 when they were arrested.

SINGAPORE - The promise of easy money on gambling websites and in advertisements on social media has lured many young people into becoming money mules who allow money to flow through their bank accounts for illicit purposes.

Data provided by the police to The Straits Times (ST) showed that while more people have been arrested as scammers and money mules across all age groups in recent years, those below 30 accounted for about half of all arrests.

Between 2019 and last year, 1,239 scammers and money mules were below 30 when they were arrested.

In an interview with ST, Mr Wee said: "It's very different from the situation in the past when the borrowers themselves became money mules as a form of repayment with the unauthorised moneylenders.

"The recent high-profile phishing scams suggest that the younger ones may be tempted and lured by easy money, especially when they go into online gaming websites.

"There will be a lot of push advertisements prompting them if they are interested in quick money-making mechanisms."

A number of recent cases highlighted the lure of easy money.

Two men, aged 19 and 25, were recently arrested for allegedly relinquishing their own bank accounts and disclosing their Singpass login details to assist scammers, so they could earn a commission.

Almost $1 million made from cheating offences was purportedly moved to those accounts, said the police.

Nur Syafiqah Mohamad Awal, 20, had kept around $200,000 and spent some on clothes and staycations.

She and her 19-year-old sister were convicted of helping fraudsters - whom their mother met on a dating app - launder almost $1 million from scam victims.

The sisters have yet to be sentenced.

In a separate case, a 47-year-old woman was charged in court on March 1 for possessing $290,000 in criminal proceeds linked to Internet love scams.

In a reply to Mr Wee during the budget debate, Minister of State for Home Affairs Desmond Tan said a large proportion of investigations into money mules do not result in prosecutions due to the difficulty of proving the money mule's intent to help scam syndicates.

To address the issue, he added that amendments will be made to the Corruption, Drug Trafficking and Other Serious Crimes Act (CDSA) in the fourth quarter of this year to allow money-laundering offences to be made out at lower levels of culpability.

Several lawyers have come across cases where the money mules ignored warnings by the police to stop their involvement in the scam.

Referring to young money mules, Ms Diana Ngiam from Quahe Woo and Palmer said: "Usually, at first, they say they didn't know that the bank account was going to be used in a scam; they just wanted the easy money."

Further probing often reveals they decided to set aside their suspicions for short-term gains.

"They don't think of the long-term consequences if they're caught," she added. 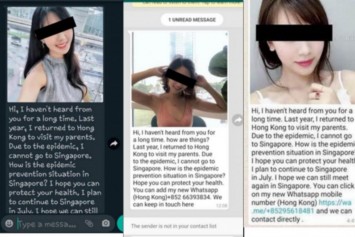 Mr Cory Wong from Invictus Law said the mules do not need to know the reason for receiving money in their accounts to be charged with an offence.

The Ministry of Home Affairs told ST that it is looking into introducing new provisions to the CDSA to impose obligations on individuals to handle financial transactions with more accountability and vigilance.

"The intent is to deter individuals from acting as money mules, by making persons who fail to conduct transactions with due care liable for an offence," said the ministry.

Current measures to prevent young people from getting involved in scams include public education efforts by the police through advisories, social media and the media.

The authorities also work with banks to incorporate advisories when clients open accounts.

"The bank will have to ask in a detailed manner what the source of funds will be and what the level of transaction is that will flow through the account.

"This is one defence mechanism that banks or the Monetary Authority of Singapore can impose to make sure that the account is opened for the right purposes and track irregular account activities."

How such offenders are taken to task under current laws

Amendments to the Corruption, Drug Trafficking and Other Serious Crimes Act (CDSA) are scheduled to be made in the fourth quarter of this year.

The Ministry of Home Affairs said the aim of the changes is to lower the culpability of those accused, and hold individuals more accountable to transactions in their bank accounts.

Criminal lawyers The Straits Times spoke to said that under current laws, the offence is made out as long as there are reasonable grounds for the money mule to believe that he would be dealing with money derived from criminal conduct.

This means that the money mules can be convicted regardless of whether or not they knew that they were being used in a scam syndicate. 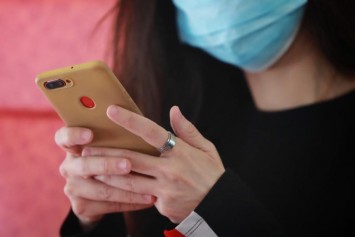 Under the CDSA, a person who enters an arrangement, "knowing or having reasonable grounds to believe" that the arrangement would allow another person to benefit from criminal conduct by helping him to conceal, remove from jurisdiction, transfer to nominees or otherwise, can be fined up to $500,000, jailed for up to 10 years, or both.

Aside from the CDSA, money mules can also be convicted of cheating as well as carrying on a business of providing a payment service without a licence under the Payment Services Act, among other laws.

The offence of carrying on a business of providing unlicensed cross-border money transfer services under the Payment Services Act carries a jail term of up to three years, a fine of up to $125,000, or both.

The offence of cheating carries a jail term that may extend to 10 years and a fine.