In about five days, more than $35,500 was swindled from eight people in an e-commerce scam.

SINGAPORE - After being promised $500, a 22-year-old man opened a bank account for a stranger who then used it to receive money from people he scammed.

In about five days, more than $35,500 was swindled from eight people in an e-commerce scam.

On Wednesday (Jan 26), Muhammad Hafizzudin Hasanudin was sentenced to three months' jail for cheating. One other charge under the Computer Misuse Act was taken into account for his sentencing.

Deputy Public Prosecutor Esther Wong said: "This case represents the first prosecution for an offender who relinquished his bank account to online scammers, in return for money, with utter disregard as to how the bank account would be used by the scammers."

Urging the court to impose a three to four months' jail term, DPP Wong highlighted the prevalence of scams in Singapore, mentioning that in the first half of 2021, 19,444 scam-related cases were reported, with e-commerce scams making up the second most common type of scam and resulting in at least $2.4 million lost.

The court agreed that general deterrence applied to offences of this nature.

The court heard that in early August last year, Muhammad Hafizzudin received text messages from a man identified only as "Wilson".

Wilson promised to give him $500 to open a bank account and hand over the ATM card, personal identification number (PIN) and Internet banking login credentials.

After meeting Wilson on Aug 7, 2021, Muhammad Hafizzudin agreed to the arrangement and went to the OCBC Tampines branch, at 1 Tampines Central 5, to open an OCBC account.

He agreed to the bank's terms that he would own and have effective control of the account, that the account would be for his own use, and that he would make the application to OCBC to allow another person to use the account if he wished to.

OCBC granted the application and opened the account in his name without conducting due diligence on the ultimate beneficial owner, which the bank would have done if it had not been deceived, said DPP Wong, who added that this act was likely to cause harm to OCBC's reputation.

After the account was opened, Muhammad Hafizzudin placed the ATM card, PIN and a piece of paper with the account's Internet banking login credentials in a riser cabinet at the void deck of his home in Yishun. 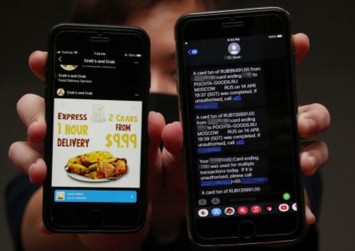 He knew that Wilson would arrange for the items to be collected.

Muhammad Hafizzudin also gave Wilson the one-time-passwords for the account.

He did not receive the $500 he was promised.

From Aug 8 to 11 last year, the account was used by unknown people to receive and transfer funds.

The scam involved getting victims to make false purchases on e-commerce websites, which would not deliver items to them but would return them their money with a 10 % commission.

A total of $35,585 from eight people was transferred into the account and not returned. They filed police reports on Aug 11 and 12.

Muhammad Hafizzudin was not involved in these fund transfers.

He began serving his sentence on Wednesday.