The batch of swab samples was collected from clinics under the Swab-and-Send-Home programme.

SINGAPORE - A total of 233 Covid-19 swab samples were accidentally disposed of before they were tested, following lapses at a private medical laboratory.

The batch was collected from clinics under the Swab-and-Send-Home (Sash) programme. The test samples were "inadvertently discarded (of) prior to testing" at the lab, a spokesman for Quest Laboratories told The Straits Times on Monday (Oct 12).

Under the Sash programme, patients who meet certain criteria are swabbed and then sent home to wait for their test results. Their swab samples are sent to a lab, where testing can take up to three working days.

The incident at Quest Laboratories happened last Wednesday and was discovered two days later when clinics began contacting the lab to ask about the test results for these patients.

The lab spokesman noted that no other sample batches were affected.

One of the lapses involved an in-house courier who did not follow standard operating procedure (SOP) when handing over the untested samples to the lab and this resulted in the batch being disposed of alongside old samples, said the lab spokesman.

The spokesman added that all the samples were disposed of according to Covid-19 safety requirements.

As of Sunday, the 87 affected clinics have been informed of the incident and 102 patients have been retested. Their results have turned out negative, said the lab.

The Health Ministry, which was notified of the incident last Friday, said it is working with the lab and the clinics to contact the affected patients so as to arrange for them to be re-swabbed as soon as possible.

The lab said the retested samples will be prioritised to ensure that affected patients receive their test results without further delay.

ST was alerted to the matter by a patient who took a swab test on Oct 7 at a Toa Payoh clinic after suffering from a runny nose and fever.

When she did not receive her results two days later,  her husband called the clinic and learnt that the delay was due to an incident at Quest Laboratories. 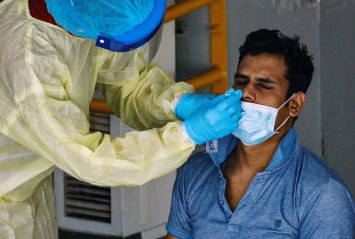 The woman, who declined to be identified, said the delay had  inconvenienced both her husband and daughter who had to stay home from work and school respectively while waiting for the results.

The ministry said it takes a serious view of the incident and is investigating the matter. It added that it will work with the lab to put in place the "necessary corrective and preventive measures" to ensure such lapses do not happen again.

"We will take appropriate actions against the laboratory if investigations reveal any breach of the regulations. We will also remind the other licensed laboratories on the need to ensure proper staff training and adherence to their standard operating procedures," added the ministry.

Investigations by Quest Laboratories found two compliance lapses in its SOPs involving the handling and disposal of specimens.

"The first lapse relates to the handover of specimens from the courier to the specimen reception staff. This occurred at the same time the laboratory staff were disposing of old specimens.

"As a second lapse of SOP, laboratory staff were disposing of specimens in the specimen reception area, leading to the erroneous disposal of the untested batch," said the spokesman.

The spokesman added that all relevant employees have been notified of the specific issues that led to the incident and the repercussions.

The in-house courier will also receive disciplinary action, said the spokesman, adding that the lab has carried out a review of the incident and has implemented corrective and preventive measures.

Quest Laboratories chief executive officer Ginny Foo said that compliance with procedures relating to the chain of custody is taken very seriously and this is the first time such an incident has happened at the lab.

"Nevertheless, any such lapse is unacceptable. We have made revisions to tighten our chain of custody, and retraining of staff on the new SOP has already begun," she said, noting that the lab processes more than 6.5 million specimens yearly in Singapore. 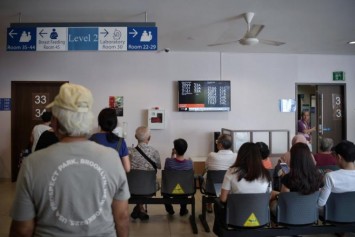 This will remove the chance of confusion between incoming untested sample batches and batches that have already been tested and have to be disposed of.

The lab has also added a second verification step requiring all samples for disposal of to be verified and signed off by two separate individuals.

Said Ms Foo: "We deeply regret this failure of our systems and the inconvenience this has caused to the patients, the doctors, and clinic staff involved. Our utmost priority, as always, is the safety of our patients, the healthcare providers we serve and the communities we live in."