"Are you married? Do you intend to have children soon?" These were the exact questions Jeraldine Phneah faced during an HR phone interview with a leading local startup last year.

While the questions were not overtly offensive, it was against the Tripartite Guidelines on Fair Employment Practices. In Singapore, it is illegal to ask questions during a job interview about religion, age, race, political affiliation, and, yes, even plans to have children.

Unfortunately, this experience is a regular occurrence for many women. Incidents of gender discrimination have emerged in tech giants Google and Microsoft. Closer to home, a 2016 study revealed that 66 per cent of women in the Singapore workforce experience unfair treatment at work.

Jeraldine is no stranger to gender discrimination. As a local blogger who writes about finance and current affairs topics, she's been exposed to critical comments from naysayers and has learned to let them slide. In her full-time technology sales role within a large technology multi-national, she's also had to battle misconceptions about women in tech and challenge herself in a male-dominated environment.

EQUALITY IN WORK AND LIFE

As part of Singapore's Smart Nation push, the government has called for more women to pursue careers in science, technology, engineering, and mathematics (STEM). Fewer women are enrolling in IT courses, dropping from 39 per cent in 2007 to 36 per cent in 2016. 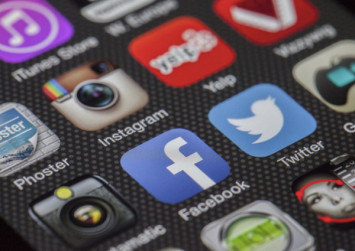 While not trained in STEM, 27-year-old Jeraldine found herself in the tech industry and is currently enjoying her work. But she believes that to improve women's lives at work, gender expectations at home need to change too. She grew up in a dual-income household, where both her parents shared housework and caregiver duties equally.

"Give men the same childcare benefits as women. Equality at work has to be matched with equality at home," said Jeraldine. "This would not only help fathers realise their parenting aspirations but also benefit women by reducing discrimination against hiring them."

On her own personal financial blog which she started in 2015, Jeraldine shares budgeting templates with readers, her own tips to save on HDB renovations, as well as personal hacks on how she keeps her utilities bill under $50 (she's even gone as far as installing solar panels at home to save on electricity bills!).

Jeraldine is also inspired by the stories of other Singaporeans living in the heartlands. After hearing stories about ageism in the workforce, she managed to save $100,000 in 3.5 years to protect herself from retrenchment in the future.

"Writing about personal finance is my way of paying it forward and helping others like myself," Jeraldine said. "I don't claim to be an expert in this field but I hope that by sharing my experience, I can support those who are going through what I did."

The true value of money means having the options and security to do the things you want, says Jeraldine.

"When you have enough savings, you can quit a job you don't like or stop tolerating a verbally abusive boss. You have the option to not work for a few months and think about where you want to go next," she said.

"When you have enough savings, (…) you can leave a bad relationship because you are not financially dependent on that person."

ON SPEAKING HER MIND

During our interview, her candid demeanour stood out as she shared lessons learnt from trying to spark debate to effect social change.

Some of the topics she has openly discussed include-the importance of dialects in Singapore, suggestions on how to better engage the middle-ground Singaporean, and the need to be mindful about plastic bag usage.

While she stands firm and is very frank about her beliefs, she draws a clear distinction between being assertive and aggressive.

"The world needs more people who do and less who talk. Calling people out in public and arguing on social media does little to help a cause," said Jeraldine, who has been the victim of cyberbullying.

"For most cases, it just gives them a bad impression of what you're fighting for, making them disengage or hold on tighter to what they believe in."

Jeraldine has since focused more on voluntary grassroots work like weekly house visits and monthly food distribution programmes for lower-income residents in Bedok.

Ultimately, Jeraldine advocates against imposing your views on others. Instead, aspiring changemakers should lead by example-one step at a time, including follow-up actions instead of just engaging in online forums.

The best advice she's ever received?

"Be humble, your success is what other people give to you. Focus on building relationships. Helping others is also helping yourself."

This article was first published in Singsaver.