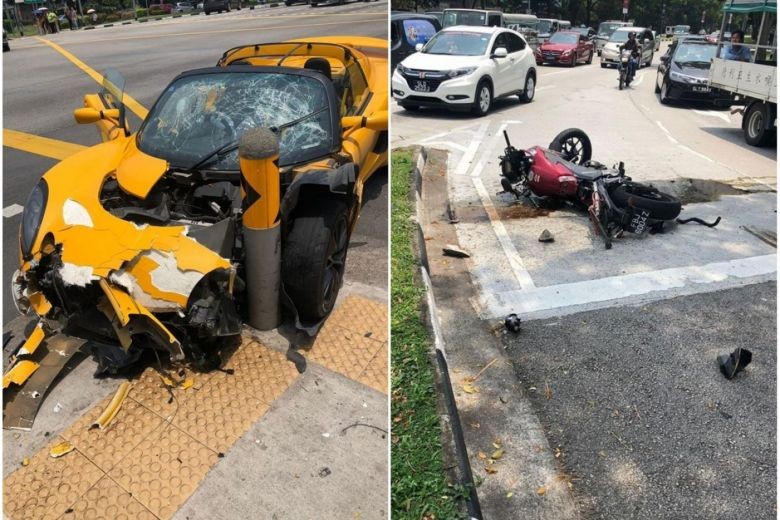 SINGAPORE - Three people were taken to hospital after a motorcycle and a sports car collided in Kaki Bukit on Thursday (Sept 6).

In response to queries, the police said on Friday that they were alerted to the accident at 12.30pm on Thursday at the junction of Eunos Link and Kaki Bukit Avenue 1.

The Straits Times understands that the car was travelling on Eunos Link when the motorcycle coming from the opposite side made a right turn, and the two collided.

The two women were left with abrasions from the accident.

In photos posted on Facebook, a yellow sports car believed to be a Lotus is shown heavily damaged, possibly from impact with a bollard.

The hood and front part of the car are missing pieces, crushed and bent out of shape, and the car's windscreen is smashed.

In a separate photo, a red motorcycle can be seen lying on its side, with parts of the vehicle broken and strewn a short distance from it.

What appears to be engine oil or fuel had pooled around it.