SINGAPORE - A man who videoed two women using an office toilet and spiked the drink of one of them in an attempt to molest her was sentenced to 14 months' jail on Friday (Apr 9).

The man, 31, who cannot be named due to a gag order, was convicted on two charges of insulting the women's modesty and one of attempting to drug one with the intent to outrage her modesty. Three similar charges were taken into consideration for sentencing.

The court heard that on Oct 9, 2019, a woman placed a mug on a table and went into the common toilet in the office at around 5.25pm.

The man then poured a mixture of Anarex and water from a capsule tub into the mug while she was absent.

When the woman returned she poured the water down the sink and saw that blue particles had been in the mug, which also smelled like alcohol.

Her suspicions prompted her to check the office's closed-circuit television footage where she saw the man pouring the substance into her mug. She called the police and the man was arrested.

The capsule tub was found to contain orphenadrine and paracetamol. Orphenadrine is a muscle relaxant used to relieve pain. Common side-effects include dizziness, restlessness and accommodation disorders of the eyes and nausea.

Paracetamol is widely used to relieve mild pain, fever and discomfort and generally has no side-effects at recommended doses.

The man admitted that he poured the substance into the woman's mug at the end of office hours hoping that she would drink it after the rest of their colleagues left.

If she had a reaction such as nausea or dizziness, he said he would have taken the opportunity to touch her body. 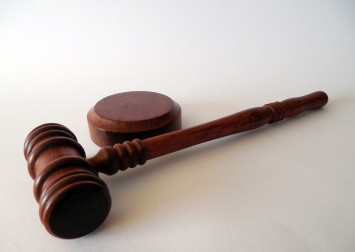 "The accused admitted that he wanted to touch (the woman) because he had viewed half-naked videos of (her) and he was craving to touch her," said Deputy Public Prosecutor Bjorn Tan.

Police checked the man's mobile phone and found 61 videos of the woman in the toilet and two of another colleague that were all taken between July and October 2019 without permission.

The man had placed the phone in the toilet to record the videos and then performed a sexual act while watching the footage at home.

Lawyer Marshall Lim from Invictus Law Corporation said his client's offence of attempting to drug the woman "happened on the spur of the moment".

Mr Lim noted that the man had been prescribed Anarex by a doctor and "did not specifically procure the medicines with the intention of administering it to the victim".