38 companies, including BreadTalk, punished for illegal discharge into public sewers

Among these companies, 18 were repeat offenders and given harsher penalties, the agency said in a statement on Monday (June 10).

BreadTalk was prosecuted for discharging, on multiple occasions, trade effluent containing regulated chemicals exceeding allowable concentration limits into the public sewer in June 2016 and April 2017. The company was fined a total of $16,300.

The offences by the various companies were discovered during site inspections as well as PUB's surveillance of the public sewerage system, the agency said. 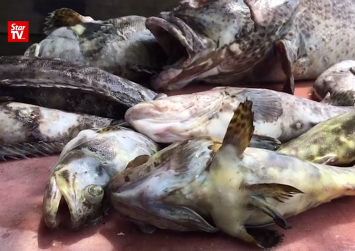 The companies were prosecuted from June 2018 to May this year and fined a total of $253,700. They include Tat Seng Packaging Group, NSL Oilchem Logistics, KMS Industrial and Metal Treatment Technology.

These acts can cause fires in the sewers and may threaten PUB's treatment of used water, the agency added.

Mr Maurice Neo, PUB's director of water reclamation network, said: "These repeat offenders have been placed under PUB's surveillance watch, where we are monitoring their trade effluent discharge closely and will step up the frequency of inspections at their premises.

"In severe cases, PUB may also suspend or revoke the approval for the company to discharge trade effluent in the sewer."

Under the Sewerage and Drainage Act, illegally discharging trade effluent containing dangerous or hazardous substances into the public sewer carries a fine of up to $50,000 for the first offence and a maximum fine of $100,000 for repeat offenders.