For 4 in 10 people, income not keeping pace with inflation: DBS study

A DBS study found that some segments of society saw income growth of only 2.5 per cent over the year, lower than the inflation rate of 5.6 per cent. PHOTO: ST FILE

SINGAPORE - Income growth has not kept pace with inflation for four in 10 people, according to a research study of 1.2 million retail customers who use DBS as their main salary-crediting bank.

Low-income households, defined as those earning less than $2,500 a month, and baby boomers (ages 58 to 76) have been among the hardest hit by inflation and sluggish income growth, pushing them to spend almost all of their income every month.

For this study, DBS used the May 2022 headline inflation rate of 5.6 per cent and computed income and expense growth of its customers in May this year, relative to the same period last year.

It found income growth was 11.1 per cent on average, but some segments of society, particularly the low-income households, saw income growth of only 2.5 per cent over the year, lower than the inflation rate of 5.6 per cent.

The low-income households essentially have less to spend now as their income gets whittled down by inflation. 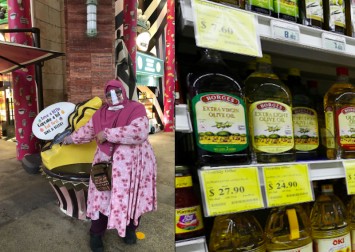 DBS senior economist Irvin Seah said the $1.5 billion support package, which was announced in June to help low-income households and vulnerable groups cope with rising inflation, will provide some relief.

He added that consumers should also take the responsibility to keep their spending in check.

The DBS study found that the average consumer has spent more of his income - 64 per cent as at May this year, up from 59 per cent in May last year.

DBS said that expenses have now outpaced income growth by roughly two times - overall monthly expenses grew 22.2 per cent in May this year relative to a year ago, which is about double the 11.1 per cent average income growth rate.

Digging deeper into the numbers, the low-income group have stepped up their spending over the year, with expenses growing by 13.8 per cent, 5.6 times faster than the income growth of 2.5 per cent.

Every month, the low-income group spends 94 per cent of their income on expenses.

Baby boomers also spent more than what they earned, with expenses rising 17 per cent, 3.1 times faster than the rate at which income was growing (5.5 per cent).

Boomers spend 96 per cent of their income on expenses every month.

Veteran investor and writer Mano Sabnani said many baby boomers could not save much during their careers as they had to take care of their family and other expenses.

By the time they retire, they would not have enough money, with some even feeling the pinch of spending $40 for a group lunch, he added.

The top three expense categories that saw the highest growth were transportation (60.2 per cent), food (38.7 per cent) and shopping, entertainment and travel (56.7 per cent).

DBS said shopping, entertainment and travel are discretionary expenses that consumers can do without.

Mr Seah advised consumers to moderate discretionary spending as he expects inflation to stay above the historical average of 2 per cent, at least for the next two to three years.

Where inflation goes from there remains a question mark, he added.

"I wouldn't want to pin my hopes that inflation will go back to normal. But how low will it go? That remains to be seen."