53-year-old NUS professor collapses after run, dies on the way to hospital

He had returned home from an afternoon run and complained of some discomfort. After taking a shower however, Lee Loo Hay suddenly collapsed.

The 53-year-old died while on the way to the hospital, Shin Min Daily News reported.

Lee, a professor at the National University of Singapore (NUS), taught at the Industrial Systems Engineering & Management (ISEM) faculty.

He was also a co-director at the Centre of Excellence in Modelling and Simulation for Next Generation Ports (C4NGP), a research centre for maritime and port industries. Lee leaves behind a wife and two children.

When interviewed on Saturday (March 19), his 21-year-old daughter told Shin Min Daily News that her father had gone for a run at about 1pm on Thursday (March 17).

"When he reached home, he said he didn't feel well, and after coming out of the shower, he suddenly collapsed," she said. The cause of death was found to be coronary artery disease.

According to her, Loo exercised regularly and had no known health issues, making his passing harder for the family to accept. 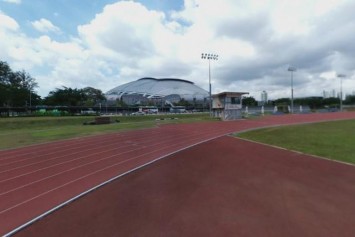 His wake is being held at Bukit Batok West Ave 6, with the funeral taking place tomorrow (March 21).

According to the Chinese evening daily, Lee joined NUS in 1997 and had been the recipient of multiple teaching awards and commendations in the past four years.

A former classmate who attended the wake recalled Loo to be academically-inclined as a student, and one who made significant contributions in his field.

Another friend told the newspaper that he would often go cycling with Loo, and many were shocked to learn of his passing.

Online, tributes have also poured in from those who knew him.

In a post by the NUS ISEM faculty, Lee was described as an "internationally-recognised authority in the fields of simulation-based optimisation and also in maritime logistics and supply chain", as well as an "award-winning teacher".

Dear Members & Friends of the ISEM Family, It is with great sadness that I write to inform you of the untimely and...

The post drew messages of condolences from his former students, many of whom described him as an extraordinary educator and a "great mentor".

Dear professor Loo Hay Lee, It came across as shocking and devastating to know what happened. You were a great talent...

In Remembrance of Our Mentor, Prof Loo Hay Lee Wisdom, care, passion. You were a beacon of light who imparted...

Besides his full-time job, Lee was also a volunteer police officer with the Singapore Police Force (SPF) and would go out on weekly patrols every Saturday.

From posts on social media, he is also an avid bike rider sand helped to set up the NUS Motorcycle Club.

Associate Professor LEE Loo Hay from Department of Industrial & Systems Engineering in NUS rides a motorbike too! How...

His daughter told Shin Min Daily News that Lee would often share stories from his shifts with SPF and how he would step in to manage cases involving inebriated individuals in public places.

She explained that as the sheltered youngest child in his family, Lee took the opportunity as an adult to do things that he never got the chance to as a kid.