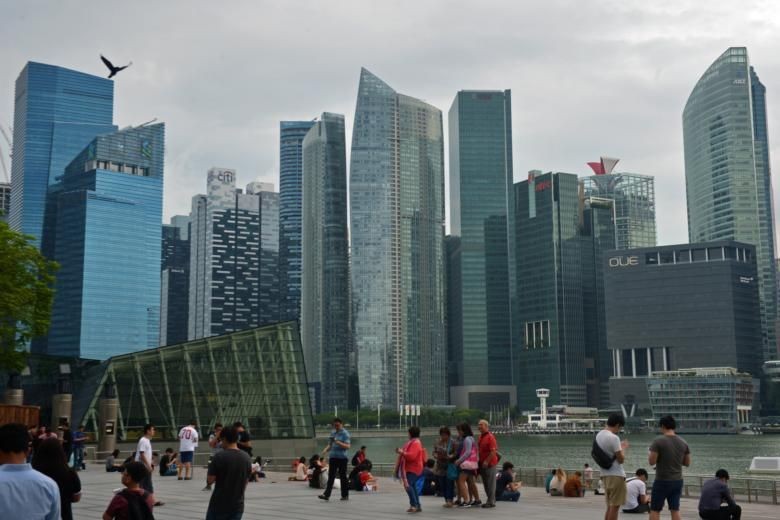 SINGAPORE - Slightly more than half - or 55 per cent - of Singaporeans still support Section 377A of the Penal Code, even as one in three Singaporeans is more accepting of same-sex relationships than he or she was five years ago, a new survey has found.

The online survey by Ipsos Public Affairs, an independent market research company, was conducted over a period of four days from end-July to early August 2018 to understand the current social attitudes towards same-sex relationships.

A total of 750 Singaporean citizens and permanent residents aged 15 to 65 took part in the study.

When asked the extent to which they supported or opposed Section 377A of the Penal Code, which is the law that criminalises consensual sex between adult men, more than half (55 per cent) indicated that they supported it, while 12 per cent said they opposed it.

Sentiment varied according to gender, with males more likely to strongly support the law than females.

Singaporeans were also asked the extent to which they agreed or disagreed with the statement "I believe that Singaporeans should be able to participate in same-sex relationships".

Twenty-eight per cent agreed with the statement, while 38 per cent did not.

A 2014 survey of more than 4,000 Singapore residents conducted by the Institute of Policy Studies similarly found that Singaporeans are largely conservative.

In the study, 78.2 per cent of respondents said that same-sex relationships were wrong, while 72.9 per cent were not in favour of gay marriage.

However, 33 per cent of Singaporeans in the Ipsos study agreed with the statement "I am more accepting of same-sex relationships than I was five years ago", while 35 per cent disagreed.

The survey results come as the question of whether the law would be repealed in Singapore was raised after the Indian Supreme Court struck down a similar section of the Indian Penal Code last Thursday (Sept 6).

Since then, online petitions to keep it and repeal it have been started by separate groups of individuals.

When asked about the Indian ruling last Friday, Law and Home Affairs Minister K. Shanmugam said: "(In Singapore) if you look at this issue, it is a deeply split society. The majority are opposed to any change to section 377A, they are opposed to removing it."

However, he said a "growing minority" want to have it repealed.

"The Government is in the middle," he added.

Last Saturday, he said that whether Section 377A will be repealed or amended will be a matter for Parliament to decide.

He added that depending on the legislation, public opinion is "often relevant" during policymaking in Parliament.

Ipsos said the findings indicate that attitudes towards the issue of same-sex relationships have changed and are likely to continue to change, albeit at a slow pace.

He added: "As has occurred in other countries globally, increased dialogue regarding same-sex relationships has contributed to higher acceptance among Singaporeans. This is particularly the case for the younger generation. Nonetheless, as PM Lee has previously noted, a social consensus remains far from being reached."