Seven of the 13 new Covid-19 community cases reported on May 11, 2021, are linked to the Changi Airport cluster.

SINGAPORE - There were 25 new coronavirus cases, including 13 in the community, announced on Tuesday (May 11).

Seven of the community cases are linked to the 88-year-old cleaner who works at Changi Airport Terminal 3, taking the total number of cases linked to the cluster to 17.

Another three community cases are linked to previous patients.

The remaining three are currently unlinked.

Eight of the community cases had already been placed under quarantine earlier.

The other 12 cases were imported. They had been placed on stay-home notice (SHN), said the Ministry of Health (MOH). Among them were five Singaporeans or permanent residents.

There were no cases from the workers' dormitories.

More details will be announced on Tuesday night. 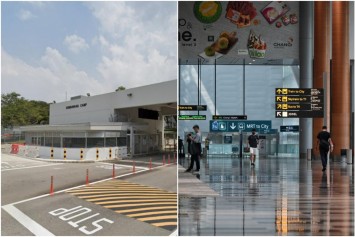 On Monday, two of the three new Covid-19 cases in the community reported were people who work at Changi Airport Terminal 3.

One of the two linked is a 44-year-old Singaporean employed in operations at the Raffles Medical clinic in Terminal 3.

He was swabbed on Sunday (May 9) during the Ministry of Health's special operation to test all staff working at Terminals 1 and 3, and Jewel.

His test came back positive on Monday and he was taken to the National Centre for Infectious Diseases (NCID) in an ambulance. He has had both doses of the Covid-19 vaccine.

The second patient is a 59-year-old aviation security officer employed by Certis Cisco at Terminal 3. His job entails security screening at the departure hall.

He developed a cough on May 5 but did not seek medical treatment until two days later, when he visited a general practitioner. He was given three days' medical leave.

On May 8, he sought treatment at another GP clinic as he had not recovered and was tested for Covid-19 the next day. He tested positive yesterday and was taken to NCID in an ambulance.

His earlier tests from rostered routine testing - the last being on May 4 - were all negative for the infection. He has had both doses of the vaccine. 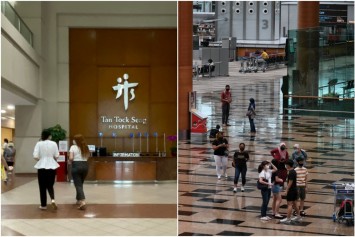 The remaining community case on Monday is unlinked and is a 59-year-old chef at MOS Burger - Suntec City. Her work does not involve interacting with diners.

She went to Ng Teng Fong General Hospital on Sunday for an unrelated condition and was tested for Covid-19 even though she was asymptomatic. She returned a positive result on the same day.

There were also 16 imported cases, all of whom had been placed on SHN or isolated on arrival from Singapore.

The Courts outlet was visited by a patient on April 29 while the other three locations were all visited by infected patients May 4.

The Ministry of Health said it would have already notified those who were identified as close contacts of the confirmed cases.

With 20 people discharged on Monday, 60,938 have fully recovered from the disease. 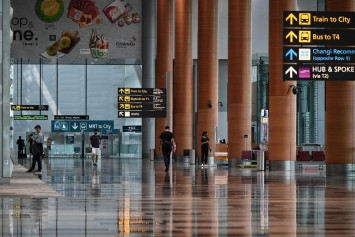 A total of 135 patients remain in hospital, including three in critical condition in intensive care. Giving an update on Tuesday, Minister for Health Gan Kim Yong said two of those in intensive care are linked to the TTSH cluster.

Another 259 patients are recuperating in community facilities.

Singapore has had 31 deaths from Covid-19 complications, while 15 who tested positive have died of other causes.

Globally, the virus outbreak, which began in December 2019, has infected more than 157 million people. Over 3.29 million people have died.