SINGAPORE - Toyota Motor Corp is recalling 744 Prius hybrid cars in Singapore, as part of its global recall of 2.4 million vehicles over a system issue that can lead to stalling.

In response to The Straits Times' queries, a spokesman for Borneo Motors (Singapore) - the sole distributor for Toyota here - said the recall involved 744 Prius hybrid vehicles produced between October 2008 and November 2014.

Around 75 per cent of the affected vehicles are taxis.

In an earlier statement, Toyota said that in "rare situations", some vehicles could fail to switch to a "fail-safe" driving mode in the event of a fault in the hybrid system, which can lead to a loss of power and result in stalling. 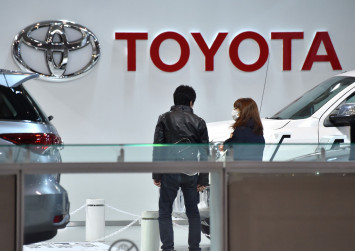 The Borneo Motors spokesman said that once the latest software is available, it will update the software for all affected vehicles at no charge.

He said that Borneo Motors is in contact with the affected customers and commercial partners to begin fixing the issue, adding that based on the company's records, there have been no accidents in Singapore due to this fault.

"Customer safety and peace of mind is a top priority, and we are making the utmost effort to ensure a smooth and efficient rectification process."

It comes a month after another worldwide recall involving more than one million vehicles due to the risk of fire. More than 4,000 Toyota Prius cars in Singapore were affected by that recall.

The Borneo Motors spokesman confirmed that there was no link between the two recalls.