Some of the schools that will be merged have had long histories, like Telok Kurau Primary School.

SINGAPORE - Eight primary and 10 secondary schools will merge over the next three years, including schools with long histories like Telok Kurau Primary and Tanglin Secondary.

The mergers are in response to falling birth rates and changing demographics in housing estates, said the Ministry of Education (MOE) in a statement on Wednesday (April 6).

The merger of Pioneer and Juying primary schools took place in the beginning of this year. The school keeps the Pioneer name but uses the Juying school building in Jurong West.

Other primary schools that are marked for merger are Eunos Primary and Telok Kurau Primary. The merged school will use the Telok Kurau name and building. 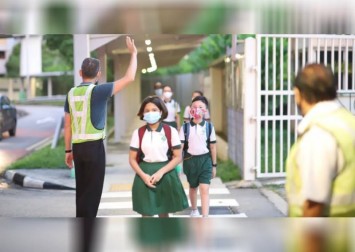 Lastly, Fuchun and Woodlands Ring secondary schools will merge in 2025, retaining the Woodlands Ring name but operating from the Fuchun school building.

The MOE statement said the mergers will help ensure that each school has an adequate number of students for a vibrant learning experience with a good range of educational programmes and co-curricular activities.

It added: "MOE worked closely with all the merging schools in the naming of merged schools.

"A range of factors were considered, including the schools' history and heritage, enrolment, final site of the merged schools, as well as stakeholders' interests and the sentiments of the schools involved."

This is not the first time MOE has merged schools. In 2019, 28 schools were merged, including eight junior colleges.

Some of the schools that will be merged in the latest exercise have had long histories that stretch to back before Singapore's independence.

For instance, Tanglin Secondary School officially opened in October 1964. It was Singapore's first Chinese medium technical school and was also the first to admit female students to its technical courses.

MOE said the merged schools will encompass the identities, strengths and cherished distinctiveness of both merging schools.

The statement said: "The history and heritage of both schools will be documented in a dedicated space in the merged school.

"MOE will continue to work closely with the schools to ensure a smooth transition for all students and staff, and in the process, forge a strong identity for the merged schools."