A Singaporean man was confirmed as a Covid-19 case during the proactive screening of dormitories. Six of his household members subsequently tested positive.

SINGAPORE - Testing has been offered to residents of 58 households living in the same section of Block 111 Tampines Street 11 as nine confirmed Covid-19 cases.

Speaking at a virtual press conference on Thursday (July 2), Health Minister Gan Kim Yong, who co-chairs the multi-ministry task force tackling the spread of the virus here, said that the Health Ministry detected a Covid-19 case living in the block on June 23.

The 66-year-old Singaporean man had worked at The Leo Dormitory and was picked up during the ministry's proactive screening of dormitories. Six of his household members subsequently tested positive for Covid-19, forming a cluster.

On June 27, another two Covid-19 cases, one of whom is a 15-year-old Singaporean female, emerged in the same block, but on a different floor. They reported that they had not interacted with the previous cluster.

"This immediately caught the attention of our contact tracers, and our antennas were up. They decided to investigate further," said Mr Gan.

Aside from the usual quarantine measures, residents of all 58 households living in the same section of the block that share a common lift lobby and stairwell were contacted to see if they were well - given the possibility that there may have been inadvertent contacts between the households.

Two people reported that they were unwell, and were tested for Covid-19. The results came back negative.

Mr Gan said that everyone in the 58 units was then put on active phone surveillance.

In addition, the affected common areas in the block were disinfected, and cleaning of the area was stepped up.

"As these households aren't really close contacts of the confirmed cases, they're assessed to have a lower risk of being infected. But we want to be a little bit more careful, because asymptomatic transmission could occur," said Mr Gan.

Of these, 58 people were swabbed on Wednesday, but all tested negative. 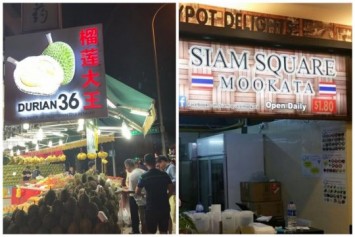 Mr Gan said that another 29 are expected to be tested over the next two days, and an update on the results will be given when ready.

"I thank the affected residents for their cooperation and patience, especially those who have come forward for the testing," said Mr Gan.

He added that further precautionary measures may need to be put in place if the number of cases rises.

National Development Minister Lawrence Wong, who co-chairs the task force with Mr Gan, said that the new normal as Singapore reopens its economy following the circuit breaker will potentially involve more people being contacted when there is a new Covid-19 case.

"More people may be asked to go for testing, more people may be quarantined because we're casting a wider net around every single infected case in order to more effectively ring-fence and isolate the virus and stop it from spreading to other people," he said.

Mr Wong added that people should also not take Singapore's enhanced testing and contact-tracing capabilities for granted and assume that the system can catch every single case.

He said: "We shouldn't push the system to its limits or take unnecessary risks. So while we have indeed enhanced our system... it requires everyone to do our part, take all the necessary precautions to stay vigilant and uphold the social distancing measures."