With the Covid-19 pandemic putting restrictions on travel, many employers have found it difficult to hire new foreign domestic workers (FDW). The number of transfer maids available is also limited, according to The Straits Times last year.

The situation was dealt another blow on May 7, when the Manpower Ministry announced that all new entry approvals for work pass holders from countries with higher risk of Covid-19 will be halted.

One disgruntled employer recently took to Facebook to describe her recent interview with a transfer maid in Singapore, reported Lianhe Wanbao.

In her post, the employer stated that she'd recently interviewed the FDW who asked for $900 a month, which includes at least two off days.

However, she added that the maid did not want to wash cars, and requested to mop the floor "on alternate days".

Wrote the employer: "I told her there's no elderly nor child-minding, only housework and cooking. So if she mops alternate days, what she going to do on the other alternate days."

Not surprisingly, the negotiation ultimately fell through.

"Obviously the interview wasn't successful because she felt I am not the employer she wants," she wrote.

One other employer seeking advice on Facebook also wrote about how her helper of two years requested for a $1,000 monthly salary to renew her contract. Her previous salary was $750.

Online, employers have flocked to platforms that connect FDWs looking for a transfer to other households in Singapore.

On the Singapore Transfer Helper Maid Facebook group, which sees a steady stream of offers from employers, one user bemoaned her fruitless search for a replacement helper for the past month.

"During this period, I too, explored agencies, it's either they are not suitable or helpers had other preference or fees are sky high," she wrote.

In addition, she expressed concern that in these times, many employers are now requesting for live-out helpers, which is not permitted by law. 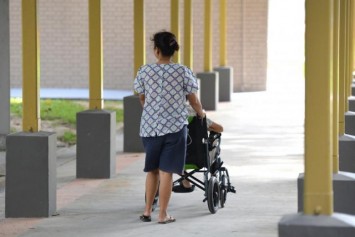 According to one maid agency owner that Wanbao recently interviewed, the current shortage of FDWs has led to a situation where 10 employers are now vying for one domestic helper.

This may already be an improvement from the situation last year, where The Straits Times reported that for every one transfer helper, about 20 employers wait in line "to snap her up".

Said the agency owner: "They [FDWs] are not afraid of being unemployed, even if their performance is not up to par," adding that the temptation to 'jump ship' comes when "they see their friends doing so and getting better benefits".

According to another report by The Straits Times, salaries for transfer helpers have risen, and an experienced helper from the Philippines can command a salary of up to $900, up from about $700 previously.

One employer interviewed by Wanbao shared how her domestic helper requested for a transfer last year after working for the family for four years.

Said the employer: "She wanted a higher salary and less work, and spoke to her agent about transferring to a family with no kids." She added that while the transfer was successful, it's left her still searching for a suitable replacement.

But there may be some good news on the horizon. On Thursday (June 24), Trade and Industry Minister Gan Kim Yong said that more migrant workers and foreign domestic helpers will soon be allowed to enter Singapore to work.

However, this would also be dependent on the source country's vaccination rates and Covid-19 situation, said Gan, who is a co-chairman of the multi-ministry task force tackling the pandemic.