About 30,000 work pass holders from China yet to return after Chinese New Year break: Josephine Teo

SINGAPORE - About 30,000 work pass holders who are of Chinese nationality left Singapore over the Chinese New Year break and have not returned, said Manpower Minister Josephine Teo on Sunday (Feb 2).

These workers, who would be required to go on a 14-day leave of absence when they return to Singapore, make up less than one per cent of the work force here, said Mrs Teo.

The figure does not include Singaporeans who have recently travelled to China who will also need to go on a leave of absence when they return. They can go back to school or work only after 14 days, provided they are well.

Mrs Teo, who was speaking to reporters on her visit to Oasia Hotel Downtown with Trade and Industry Minister Chan Chun Sing, where they inspected precautionary measures after a hotel guest was found to have the Wuhan virus, urged Singaporeans not to ostracise those on the mandated leave of absence.

She said that there was no need for landlords, dormitory operators, or even co-tenants to evict these people as "by and large they are not unwell".

The government had previously said it has heard reports of this happening.

"The reason we have introduced this leave of absence requirement is to take extra precautions, and this is to minimise social contact. But we must be mindful that as we take these precautions we must be supportive of the people who are affected," she said.

Mr Chan had also said at a community event earlier on Sunday (Feb 2), that Singaporeans should not reject those who have been placed on leave of absence.

"During the worst of the Sars crisis the best of Singaporeans came through; we took care of each other, sent meals to those under quarantine, shared our supplies and medical resources - that's how we overcame the crisis together," he said.

Singapore has been taking measures to both reduce the risk of imported cases, and of the pathogen spreading within the community here.

On Saturday, it began imposing stricter travel restrictions on visitors who have been in mainland China in the past 14 days, barring them from entry or transit through Singapore. Visa restrictions have also been placed on those who hold Chinese passports. 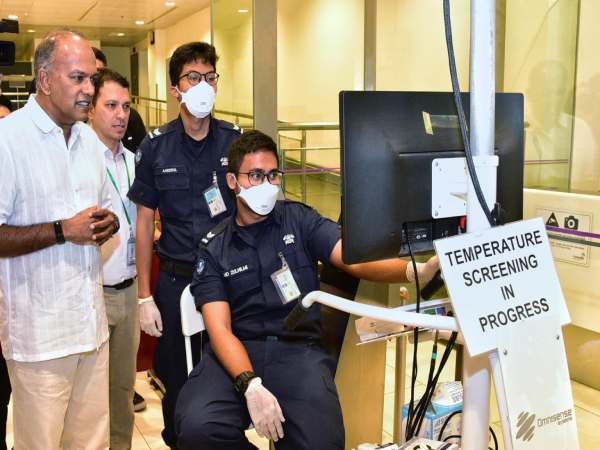 Singaporeans, permanent residents and long-term pass holders returning from China must also go on a 14-day leave of absence.

Mrs Teo also said people who have been instructed to stay home should exercise personal responsibility and minimise social contact.

"If we are unwell and we show up whether at restaurants or any other places where there are frontline workers, and we expect service from them, we could put them in an awkward position," she said.

While not as strict as a quarantine order, failing to adhere to a leave of absence could force the government to take drastic measures, said Mrs Teo, as she reminded employers and workers alike to exercise responsibility.

On Sunday, Home Affairs Minister K. Shanmugam also praised those who had stepped up to contribute to efforts to curb the spread of the virus.

Among these have been soldiers, who packed masks to be given to the public, and volunteers who distributed the masks. 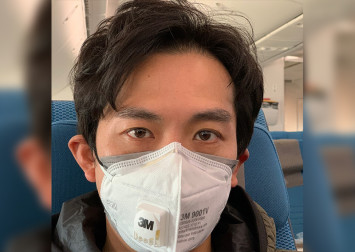 But he called out a "small minority" who have not helped the situation by spreading fake news or who have spread anti-Chinese sentiments.

"Really, we shouldn't come down to this level of xenophobia."

"We have to avoid these sorts of irrational actions."