SINGAPORE - From Jan 14, people who park shared bicycles outside of designated parking areas will be charged $5 on top of the rental amount, as part of efforts to stamp out indiscriminate parking.

The Land Transport Authority (LTA) announced on Thursday (Dec 27) that users will not only have to lock the bikes, but also scan a quick response (QR) code at these parking areas to end their journeys.

The $5 charge is in addition to the fares paid for the trip. For example, a 30-minute ride on an SG Bike bicycle costs $1. Users who park one of their two-wheelers indiscriminately will be charged $6 in total.

Those who park shared bikes outside of these areas three or more times within a year will be banned from all bike-sharing services for a period of one month. 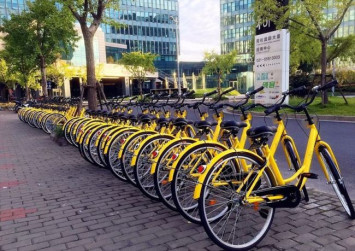 "This is part of the new bicycle-sharing licensing regime to encourage responsible parking habits and manage the disamenities brought about by indiscriminate parking of shared bicycles," the LTA said.

Between May last year and January this year, the LTA issued more than 2,000 removal notices for indiscriminately parked shared bikes, and impounded 341 rented two-wheelers.

The use of QR codes to regulate the indiscriminate parking of shared bicycles was first announced in March this year.

Ofo, which had been allowed to operate 25,000 two-wheelers under the Land Transport Authority's licensing scheme, later requested that this number be slashed to 10,000. It had cited difficulty in meeting its financial obligations. 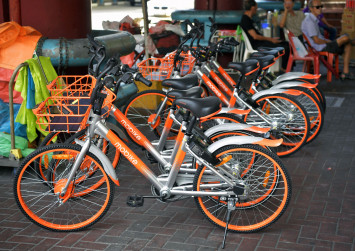 Users who encounter damaged or missing QR codes can send in a photo to operators via an option in the app, and not face the $5 charge. The operators will then assess if the complaints are genuine.

Those who park outside of designated areas will receive a prompt on their app, reminding them to park in the alloted areas.

From Friday (Dec 28), SG Bike and Anywheel will roll out a pilot version of the QR code scanning feature on their apps to allow users to familiarise themselves with the process. However, there will be no additional $5 charge during this beta period.

SG Bike marketing director Benjamin Oh acknowledged that while some users may be confused with the additional steps required to end a journey on their bicycles, the move could also benefit users.

"Users won't need to search for bikes since they will be parked in these areas," he said.