After she was arrested, Ms Parti admitted taking 10 to 15 items of male clothing without permission.

SINGAPORE - There were good reasons and sufficient evidence to charge Ms Parti Liyani for theft, and police investigators and prosecutors had assessed that she was untruthful, Home Affairs and Law Minister K. Shanmugam said on Wednesday (Nov 4).

After she was arrested, Ms Parti admitted taking 10 to 15 items of male clothing without permission, and her explanations for some of the items changed from one statement to another, he told Parliament.

The minister was delivering a ministerial statement on the case of Ms Parti, who the High Court on Sept 4 acquitted of theft from then Changi Airport Group chairman Liew Mun Leong - who lodged a police report against her in 2016 - and his family.

The case sparked an uproar, with MPs and others raising questions about the criminal justice system.

Mr Shanmugam noted that the question on whether a powerful man worked the system to his advantage, whether the police and Attorney-General's Chambers (AGC) unfairly prosecuted Ms Parti because of the complainant, whether she got a fair trial and whether there was one law for the wealthy and another for others, was of central importance to Singapore, and said his statement would address these points.

The case was handled as a routine theft case and there was no attempt by anyone to influence them, he said.

ALSO READ: Parti Liyani and AGC told to go for mediation instead of going to court

"There was sufficient evidence which showed theft offences were likely to have been committed," he added.

In his statement, the minister recounted the facts of the case which were heard in court, and told MPs that when she was arrested on her return to Singapore on Dec 2, 2016, some items were found on her, including two Longchamp bags, two watches and two white iPhone 4s.

Mr Shanmugam also noted how, for example, on Dec 4, 2016, she said in her police statement that two watches, one a "Vacheron Constantin" and the other a "Swatch", were gifts from a friend.

However, in a later statement on May 29, 2017, she changed her story to say that she found the two watches - which turned out to be counterfeits - in the trash of Mr Liew Mun Leong's daughter May.

Ms Parti's claim that she found items such as a Prada bag, two Apple iPhones, and a pair of Gucci sunglasses in the trash were also found not to be credible by the AGC, said Mr Shanmugam.

Putting together Ms Parti's apparent inconsistencies, her questionable claims about finding expensive items in the trash, and her own admission to taking the male clothing, the AGC's view was that there was a case to prosecute, said the minister.

He added that at that point in time, the Liews had identified all the items in the charges as their belongings.

For example, while Ms Parti claimed that she had found some jewellery in the trash, Ms Liew said she never threw jewellery away and would give away unwanted jewellery to the Salvation Army or to friends. 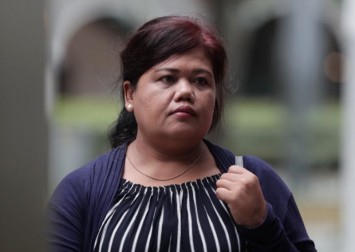 In this instance, the AGC assessed that Ms Liew's evidence was more believable.

Mr Shanmugam said the AGC also took the view that there was a clear public interest in prosecuting Ms Parti.

"It appeared that Ms Parti had stolen many items, including seemingly expensive items. It appeared she had been stealing for years, and it was not impulsive, spur-of-the-moment decisions," he added.

He also said that there was a prima facie case against Ms Parti, and that the police and prosecution did not know that the Liews, in particular Mr Karl Liew, would be inconsistent during the trial.

After her trial in the State Courts, which was heard for more than 20 days, the district judge found serious inconsistencies in Ms Parti's evidence and that she had various versions for certain items.

The trial judge noted that Ms Parti said different things in her statement, compared with her testimony in court, which sometimes changed under cross-examination.

The trial judge also found her testimony on some evidence on some items to be implausible.

For example, Ms Parti said that she picked up two phones from a rubbish bag. The phones, which were iPhone 4 models, were about six years old at the time. 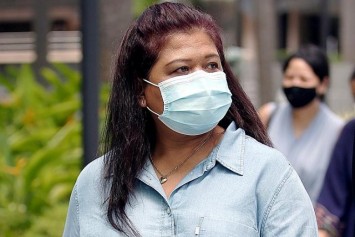 The trial judge preferred the Liews' testimony that they would not discard old mobile phones and used them as spares or to keep photographs.

Mr Shanmugam said the trial judge found her to be untruthful, after hearing evidence from 12 prosecution witnesses and four defence witnesses and had the opportunity to observe them and consider their testimony.

The High Court, however, came to a different view after a three-day appeal.

Mr Shanmugam noted that the High Court judge gave her the benefit of doubt because he was troubled by Mr Karl Liew's unreliable statements.

The court's decision on the acquittal is final and there can be no appeal, he said, adding that his statement is not an exercise of reopening the judgment.