SINGAPORE - Workers' Party (WP) chief Pritam Singh and his fellow Aljunied GRC MPs Sylvia Lim and Low Thia Khiang have been found liable for damages suffered by the Aljunied Hougang Town Council (AHTC), which is said to have made millions in improper payments under their watch.

In a much-anticipated judgment released on Friday (Oct 11), High Court Judge Kannan Ramesh said that Ms Lim and Mr Low had breached their fiduciary duty, while Mr Singh had breached his duty of skill and care in the hiring of the town council's managing agent FM Solutions & Services (FMSS).

During that period, Ms Lim was chairman of the town council, while Mr Low was secretary-general of the WP.

Mr Singh, meanwhile, was a member of the town council's tenders and contracts committee.

At this point, it is unlikely that the judgment will affect their position as MPs, as it arises from civil proceedings. The MPs can decide whether to appeal against the verdict.

The case will move on to a second round of hearings to assess and determine the quantum of damages suffered by the town council, and how much it can recover from the MPs. 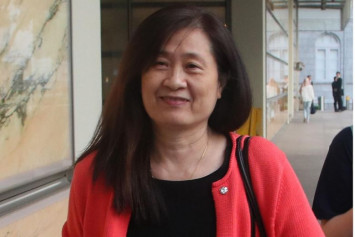 AHTC had asked for "equitable compensation" for any sum wrongfully paid out in its statement of claim.

If the WP MPs cannot pay up, they will be made bankrupt and lose their parliamentary seats.

Last year, the three WP MPs, in their personal capacity, raised more than $1 million in three days for their legal fees in a crowdfunding effort.

The civil suit was initiated in 2017 under the direction of an independent panel set up by the town council to recover improper payments.

Pasir Ris-Punggol Town Council (PRPTC) had also sued to recover its share of losses incurred when Punggol East constituency was managed by the WP-led town council from 2013 to 2015. The WP had won the seat in a 2013 by-election but lost it in the 2015 General Election.

The claims by both town councils centred on $33.7 million that AHTC paid to its former managing agent FMSS between 2011 and 2015.

Friday's verdict brings to a close the first tranche of the trial to determine liability.

Over 17 days last year (2018), 14 witnesses were called and questioned by lawyers, resulting in robust exchanges and debates, as well as unexpected disclosures before an often-packed public gallery. 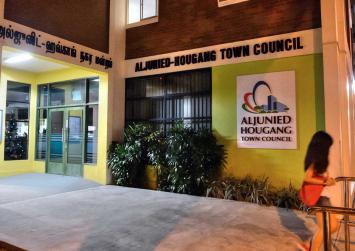 The case is the latest turn in an ongoing saga that goes back to 2011.

AHTC had been unable to submit an unqualified set of accounts since 2011, after the WP won Aljunied GRC in the 2011 General Election.

The state of affairs led to a special audit by the Auditor-General's Office (AGO), which found significant governance lapses at AHTC.

The AGO's findings were raised in Parliament, and the Court of Appeal directed AHTC to appoint a Big Four accounting firm to help it fix the lapses and ensure compliance with the law. AHTC appointed independent auditor KPMG in 2016 to look into its books.

KPMG found that the lapses at AHTC had put public funds running into millions of dollars at risk of improper use. AHTC appointed an independent panel to look into the improper payments and take action, including recovering the money.

The WP MPs and town councillors were represented by Tan Rajah & Cheah, with lawyer Chelva Retnam Rajah as lead counsel. while FMSS was represented by Netto & Magin.

The independent AHTC panel was represented by a team from Shook Lin and Bok, led by lawyer David Chan.