The equipment used to collect air samples is capable of separating larger and smaller particles into different tubes.

SINGAPORE - Researchers at Duke-NUS Medical School have successfully detected common airborne viruses on board MRT trains, including influenza, adenovirus and respiratory syncytial virus (RSV), which cause flu and flu-like symptoms.

This was to simulate a commuter's regular exposure to potential viruses, the researchers said. The devices can also be deployed in a fixed location for stationary sampling.

The samples were then taken back to a laboratory for analysis.

The study was led by Dr Kristen Coleman, a research fellow at the Emerging Infectious Diseases (EID) programme at Duke-NUS. 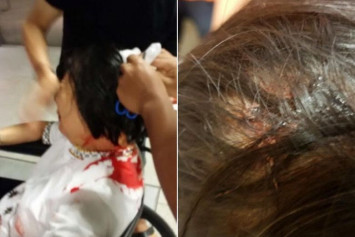 It was the first of its kind studying infectious respiratory diseases on board MRT trains, the researchers said.

The method has the potential to detect viruses in a population much quicker compared to just screening patients seeking medical care at clinics or hospitals, which can take several days.

If similar samplers are deployed at airport checkpoints or other high-risk crowded places, potential biological threats such as Sars or the H7N9 strain of bird flu could be detected within eight hours or less, Dr Coleman said at a media briefing on Tuesday (Dec 4).

"A lot of the time, once we know that a pandemic is present, it is often too late and it can spiral out of control. If we can detect it earlier, we can start controlling it right away," she added.

A total of 89 air samples were collected between January last year and January this year.

One or more common respiratory viruses were detected in 14 of the samples.

The viruses can be spread when a person carrying them coughs or sneezes.

Depending on the size, droplets containing the viruses can travel up to 90cm before settling.

The viruses can also become attached to dust particles when the droplets dry and can be recirculated.

Free-floating viruses can travel much farther and persist for a longer period of time, up to 48 hours, Dr Coleman said.

The device used to collect samples is able to separate larger and smaller particles into different tubes.

Larger particles, measuring more than 4 micrometers, are referred to as "inhalable" particles and usually affect the upper respiratory tract.

Particles smaller than that are referred to as "respirable" particles and can be absorbed deeper into the lungs, potentially causing more serious respiratory problems.

Before the technique can be applied practically to safeguard public health, more research is needed to determine the optimal conditions for monitoring specific types of viruses, said Dr Coleman.

Dr Gregory Gray, a professor of the EID research programme and a senior author of the study, said: "Usually, transit network studies focus on mapping surface-borne bacteria and neglect to target aerosolised or respiratory-borne viruses."

He added: "MRT riders may be at a higher risk of exposure to respiratory viruses. We hope this study will motivate scientists around the globe to collaborate on similar field studies to unveil the true risk of exposure while using public transportation."

The team is currently seeking grants and sponsorship to continue their research on the topic.