All ActiveSG indoor sport halls will be closed for a day on June 28.

SINGAPORE - All ActiveSG indoor sport halls will be closed for a day on Sunday (June 28) as a "time-out" and "to ensure that all users of ActiveSG's indoor sport halls understand the rules and spirit of the safe management measures", said Sport Singapore (SportSG) on Saturday (June 27).

This, after it was alerted to a positive Covid-19 case who had played badminton at the ActiveSG Jurong East Indoor Sport Hall on Monday (June 22) and had flouted SportSG’s safe management measures while doing so.

This hall will be closed from Saturday till Sunday "for thorough disinfection and cleaning, and a review of the safe management measures in place".

SportSG said it hoped that with the temporary closure of all its halls, “all users of our facilities will take this time to reflect on the importance of exercising individual responsibility for the collective good, so that we can overcome Covid-19, together”.

The national sports agency also warned that it would take action against errant users, and said it would implement new measures to ensure that users abide by the rules at all its indoor sport facilities.

SportSG noted in a statement that preliminary investigations found that the positive case and a large badminton social group that he played with had breached the safe management measures and rules put in place by SportSG.

The badminton social group had between them booked up to six badminton courts from 9am to noon that day.

During the sessions, there was cross-mixing of players across multiple courts, despite the physical partitions and clear rules that restrict the number of players on a court to four. Mingling with players on other courts is also not allowed.

These rules that prohibit inter-group mixing are in force for all sports and not just badminton. They were introduced on June 19, the day sports facilities were given the green light to reopen following the easing of circuit breaker measures.

The statement said: "SportSG views any violation of safe management measures very seriously as they compromise the entire national effort to minimise the risk of community transmission.

"SportSG is investigating this incident and will take strong action against the individual and the other players who have infringed the regulations, including barring them from the use of ActiveSG facilities henceforth." Among the new measures it will implement to ensure users adhere to the rules are the issuing of coloured wrist bands to be worn by players to identify different groups for each badminton court and to remind players to act responsibly.

It added that SportSG will be scrutinising badminton social groups who plan to congregate in a large group at any venue.

Individuals involved with such groups, as well as those who play and mix across different courts, will have their bookings cancelled and/or ejected from the indoor sport hall, as well as barred from the future use of ActiveSG facilities.

SportSG chief executive officer Lim Teck Yin said: "It is very disappointing that some members of the public had not adhered to the rules and circumvented the measures that were put in place by SportSG.

"We hope that this 'time-out' helps all of us to reflect on how we should work together. As much as we are excited to catch up with our friends and to keep active, we must do the right thing and abide by the rules and the spirit behind them. This way, we can ensure that our sport facilities can remain open, so that the community can continue to participate in sport and stay healthy."

Sports facilities resumed operations from June 19, which marked the start of the second phase of Singapore's reopening. A notice at the entrance of Jurong East Sport Hall reminding users that only four players are allowed on each court and that they are not allowed to switch courts. PHOTO: Sport Singapore

While disappointed, members of the badminton community and users of the ActiveSG indoor sport halls said they understood the reasons for the one-day closure.

Badminton coach Danny Aw, who had to cancel a coaching session at the Choa Chu Kang sport hall on Sunday, said: “The closure is for a day and it’s for the safety of those using the hall, so this can reassure (users) and clearer safety measures can be issued, and the place can be disinfected as well.”

The 39-year-old, who would have made between $90 to $120 for his scheduled two-hour session, added: “Income will definitely be affected, but it’s fair because we don’t want another cluster to form and harm everyone including my students, myself and our families.” 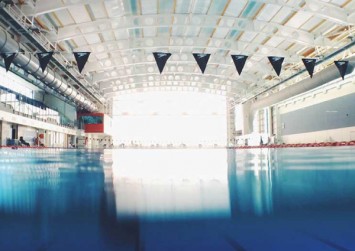 IT engineer Yong Hon Chong, who used to play badminton regularly before sports facilities were shut due to the coronavirus, felt there was “no choice” but to close the venues this weekend.

The 45-year-old is resuming his weekly game at the Toa Payoh Sport Hall with four friends next Saturday as he could not secure bookings this week due to high demand.

“It’s necessary and we have to live with it. There’s a risk and that’s why (sports facilities) had to be closed for such a long time, and (a positive Covid-19 case) still happened even after they opened,” he added. “Hopefully the closure doesn’t extend till next week. We’ll definitely check the guidelines before playing so that we are clear.”

Of the 18 ActiveSG indoor sport halls, only 11 are open.

Badminton courts are ActiveSG’s most popular sports facilities – there were over 810,000 badminton court bookings last year, the highest in comparison to all other sports and facilities.

Over 90 per cent of about 3,000 slots for public badminton courts from June 19-21 were taken up when sports facilities reopened on June 19.

SportSG's advisory, issued on June 17, states that the use of sports facilities are subject to the following safe management measures:

(1) individuals to maintain a safe distance while exercising

(3) a minimum safe distance of 3m between groups

(4) facility capacity limited according to its gross floor area based on 10 sq m per person or 50 persons, whichever is lower. In the case of ActiveSG badminton courts, the maximum number of people allowed is capped at four per court. Cross-mixing of groups is not allowed.