SINGAPORE — An American, who was a former teacher, was jailed after he targeted multiple victims and in one incident submitted to Mount Alvernia Hospital a forged letter of guarantee (LOG), purportedly from an insurance company, to avoid paying a bill of $20,892.72.

Separately, Michael Gunderson Vericker also cheated two people of $900 in total by falsely claiming that he had rooms for staycation at the Marina Bay Sands (MBS) integrated resort for sale.

Vericker, 43, who pleaded guilty to two counts of cheating and one count of committing forgery for the purpose of cheating, was sentenced to a year's jail on Wednesday (Dec 7).

Defence lawyer John Koh said his client was a teacher for students with special needs based in Singapore, had injured his spine in an accident, and has been jobless since March 2021. He also could not return home at the time to seek medical treatment due to the Covid-19 pandemic.

On Dec 10, 2020, Vericker went to Mount Alvernia Hospital for day surgery and told a staff member there that he would be providing a letter from AXA Insurance. He also provided his credit card details to the hospital employee.

As a result, the hospital did not collect a deposit from him. Court documents did not disclose details about the surgery.

While waiting for the procedure to start, Vericker used his mobile phone to forge an AXA letter. First, he searched for the AXA logo online and attached it on the forged LOG.

Then he stated that the insurance company would guarantee payment for medical services rendered in the amount up to $30,000, and that he was not responsible for any payment upon discharge from the hospital.

Vericker also added the signature of someone who was purportedly an AXA representative.

He had intended to commit fraud by causing Mount Alvernia Hospital to process the surgery without taking payment from him.

Read Also
You hang me better, man tells court after getting sentenced to 11 years' preventive detention 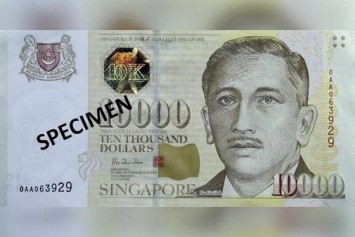 Deputy Public Prosecutor Wu Yu Jie said: "After the surgery and while being discharged, the accused provided a copy of the forged AXA LOG to Mount Alvernia Hospital's staff... As a result, (the hospital) omitted to take payment for the medical and surgical fees from the accused at the time."

The truth emerged when the hospital later submitted Vericker's medical bills and the forged letter to AXA. The insurance company then told the hospital that the letter was a forgery.

After that, Mount Alvernia Hospital tried debiting his credit card, but the transaction was declined. Hospital staff also e-mailed Vericker to ask for payment, but he did not respond.

In unrelated incidents in 2021 and 2022, Vericker cheated two men of $900 in total after lying to them that he had rooms for staycation at MBS for sale.

He has not made any restitution for the offences.

An offender can be jailed for up to 10 years and fined for each cheating charge.