Angry Gojek driver insists dog owner cancel his ride, for booking the 'wrong service'. He refuses. Who is right?

A viral video of a heated dispute between a dog owner and a Gojek driver surfaced on social media on Sunday (March 6), leaving netizens divided over which party was in the wrong.

In the video uploaded by the driver, a dog owner and his friend had booked a Gojek ride with the intention of bringing their two pet dogs onboard.

However, the driver would have none of it.

He argued that he was "not allowed to take pets" and later wrote on Facebook saying he was allergic to pet fur.

"I will pick if you are two persons but you got two dogs. You see how big is the dog?" he questioned.

To which the dog owner replied that it has "nothing to do with size, my dear".

He claimed he had booked rides to travel with his pets "many times" and that he had left a message with this driver indicating he was bringing dogs.

The driver said he didn't read the message as he was driving.

The dog owner added that he has done his part and wasn't going to pay the extra $4 to cancel the ride, which is the fee incurred when a passenger cancels after the driver arrives at the pick-up location.

He also accused the driver of "being very unreasonable". 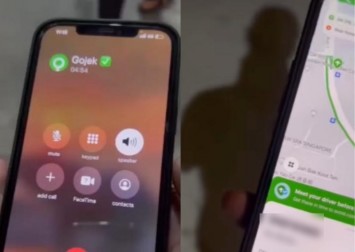 While many netizens supported the driver saying that he was just trying to earn a living, others blamed him for not reading the message.

One netizen on online forum Hardware Zone added that the driver needs to be informed about pets and that "if (the) driver is not ok he should not take the booking".

The netizen also wrote that in this case, the driver seems to have been informed about the dogs but he didn't read the message sent to him.

The netizen did have a point, as Gojek Singapore’s website states that while it currently does not have a dedicated option for riders with pets, those travelling with their furry companions simply have to leave a message for the driver.

If the driver cancels, the company will match them with another vehicle.