SINGAPORE - The top court dismissed a woman's appeal against a High Court decision which found she had tricked her husband into signing a deed of trust which would have left him a pauper and their infant son a millionaire.

The assets included a $25 million inheritance from his late mother who was murdered in an unrelated incident barely a week before he signed the deed.

The man, identified in court papers as BOK, had signed the deed on March 26, 2014, while he was in isolation and grieving over his mother who was killed on March 19.

"The deed of trust was by no means fair, just and reasonable," wrote Judge of Appeal Andrew Phang in decision grounds on Thursday (Nov 29).

"We note further the husband had no independent advice and the deed was clearly a transaction at an undervalue, both of which weigh heavily in favour of a finding of unconscionability," he added on behalf of the five-judge court.

In contract law, unconscionability describes terms that are unjust.

The man was someone of substantial means. Even before he started working, he owned two apartments in Marina Bay Sands, which he had inherited from his late father. 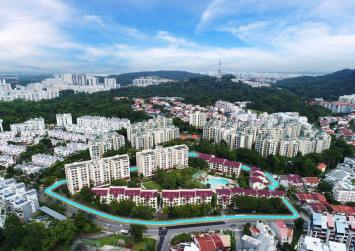 In the deed he signed, the man had provided for all of his assets, including the potential inheritance from his mother's estate, to be held by him and his wife on trust for their son who was then two years old.

The document was signed in the presence of her father, a senior lawyer.

But the couple's relationship was rocky and the woman, a 38-year-old former lawyer, filed for divorce on Nov 25, 2015.

Five days later, BOK applied to the High Court to set aside the declaration of trust.

The High Court granted the application last December, holding BOK was "in a state of weakness at the time he signed the deed of trust".

The couple's son and the woman, represented by Senior Counsel Kenneth Tan and Suresh Damodara respectively, then appealed to the top court.

The Court of Appeal - comprising Judges of Appeal Andrew Phang and Steven Chong, and Justices Belinda Ang, Chan Seng Onn and Quentin Loh - heard the parties in September 2018 and dismissed the appeal.

In the 89-page judgment grounds, the top court concurred with the High Court to quash the trust deed on the grounds of misrepresentation, mistake and undue influence.

Lawyers said a five-judge court was convened for the case, instead of the usual three-judge appeal court, to underline an important question of law - the scope of unconscionability and its application.

The apex court agreed with the High Court that the deed should be set aside because it was procured by "unconscionable conduct".

But it also made clear what unconscionable conduct means and when it applies.

This matter was raised earlier this year by Singapore Management University Professor of law Tang Hang Wu in an article in the Singapore Academy of Law Annual Review. 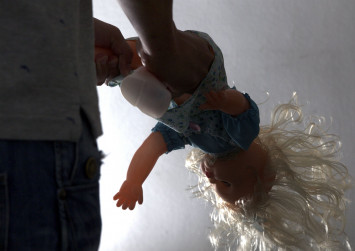 In discussing High Court Justice Valerie Thean's judgment grounds on the case, he argued that it remained to be seen whether the case "signals a more liberal approach to construing unconscionability or whether (the case) would be confined to its very unusual facts".

The Court of Appeal judgment made it clear - in deciding, it would consider if a plaintiff was taken advantage of when he was impaired.

It ruled a "narrow doctrine of unconscionability applies in Singapore", saying it would not only consider whether or not the aggrieved plaintiff is poor and ignorant, but "would also include situations where the plaintiff is suffering from other forms of infirmities - whether physical, mental and/or emotional in nature".

The court added: "Our finding that the husband suffered from acute grief that impaired his ability to make decisions and made him susceptible to influence is of central relevance here.

"In our view, the impairment of his mental state was of such gravity that it constitutes an infirmity that the wife knew about and took advantage of by leveraging on his sense of isolation.

"Indeed, it will be recalled that the wife knew that he was in no state of mind to execute a will, much less a trust that immediately divests him of all his assets."

The court explained the deed was "by no means a reasonable way of providing for the son especially when one takes into account the circumstances in which it was executed".

Judge of Appeal Phang added: "We stress that the absence of independent advice and the characterisation of a transaction as being at an undervalue are not mandatory elements to be satisfied.

"However, as this case demonstrates, the presence of these factors will often underscore and highlight the exploitation of an infirmity that renders a transaction improvident."