Norwegian Roger Bullman had a stab wound to his left shoulder.

The Norwegian man accused of strangling the British husband of a Singapore woman failed to show up for a court hearing in Phuket on Monday.

Roger Bullman, 53, is now being sought by the Thai police after a warrant was issued for his arrest.

On Aug 21, he barged into the hotel room of Singapore-based IT consultant Amitpal Singh Bajaj, 34, and attacked him while they were on holiday on the Thai island.

Bullman, a martial arts expert with military experience, admitted to Thai police that he used a chokehold on Mr Bajaj, who died of asphyxiation after he was taken to hospital.

But he claimed that he had not intended to kill Mr Bajaj.

Bullman, who has been charged with manslaughter and trespass by an act of violence, was granted bail by the Phuket Provincial Court and has been allowed to roam the island, The Phuket News reported.

He did not turn up for a hearing to extend his bail at the court on Monday morning. 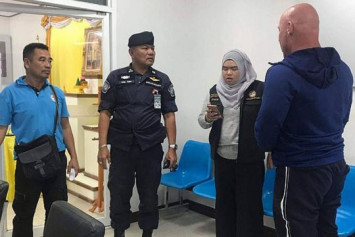 British news site Metro reported that the bodyguard was seen sunbathing in Ikon hotel's swimming pool near Karon Beach before he was due in court.

Bullman's Thai lawyer, Ms Pawitra Laohaviroj, asked the court for him to be allowed to remain on bail until Sept 8, but this was rejected because he was not present. A warrant was then issued for his arrest.

The Sun and Metro reported that he could have skipped bail and is feared to be on the run.

But Ms Pawitra told MailOnline that her client did not attend court because he felt unsafe.

Bullman's Norwegian lawyer, Ms Sulman Hussain, also told MailOnline that he did not show up after he received death threats from locals and because of media attention.

Major Techin Deethongon of Karon police, who is in charge of the case, told The Phuket News that he is in contact with Bullman and is not worried that he will skip bail and flee the island.

"He knew he had to come to court, but he didn't come because he did not feel safe. He said was he was being hounded by some media following him who were invading his privacy," Maj Techin said.

He declined to answer when asked about Bullman's whereabouts. Reiterating Bullman is unlikely to flee, Maj Techin said: "He is still around Phuket. His passport is still being held. The Phuket Provincial Court is now the authority responsible for him."

Ms Sulman told MailOnline that her client will plead that he acted in self-defence. Bullman had claimed to Thai police that Mr Bajaj had stabbed him first with a knife. 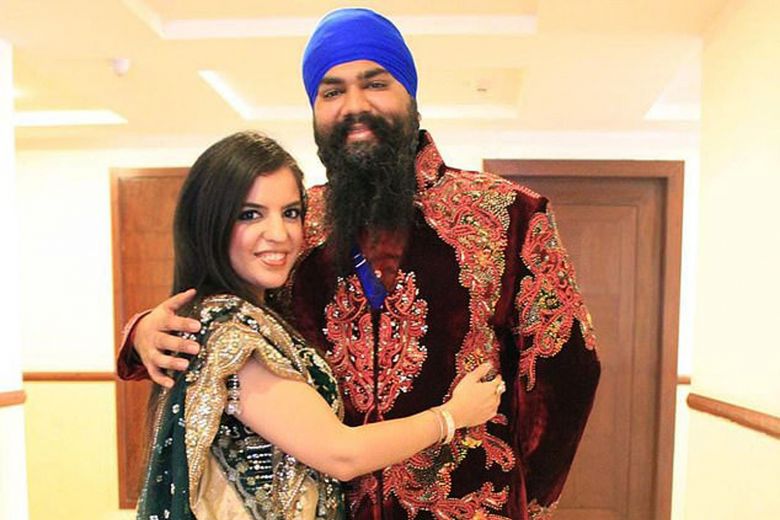 Singaporean housewife Bandhna Kaur Bajaj with her British husband Amitpal Singh Bajaj. Mr Amitpal was attacked in their hotel room in Phuket last Wednesday. He was taken to a hospital, where he was pronounced dead.  PHOTO: Facebook/Thai Sikh News

The fight broke out after Mr Bajaj, who was with his wife, Mrs Bandhna Kaur Bajaj, 34, and their two-year-old son, complained about Buckman's loud opera singing in the wee hours.

But his family in London said: "We are bewildered as to why the authorities allowed a self-confessed killer to roam the streets of Phuket unguarded, where he could potentially pose a lethal threat to other innocent parties. His disrespect for human life, and now his total disrespect for the courts and justice system in Thailand, should be more than sufficient grounds for revoking bail."