A Reddit user posted a thread yesterday on the forum warning oBike users to check their account.

Apparently, the Singapore bike-sharing company has been “secretly converting” the deposits in users’ idle accounts into its 1095-day Super VIP (SVIP) Membership subscription, which lets users get free unlimited rides daily across all oBike-operating countries.

This particular programme is “deposit-free”, but is priced the same as the deposit (both $49).

Angry oBike users have been complaining that this “upgrade” or forced purchase reeks of a scam, since they are now unable to refund their deposit.

ISN'T THIS A FRAUDULENT ACT?

According to oBike’s terms of service, a new clause has been added since 12 March 2018.

This clause states that the rider agrees to convert his/her deposit to oBike’s annual membership subscription.

Read Also
oBike to roll out its own cryptocurrency in 2018: The longer you ride, the more you earn 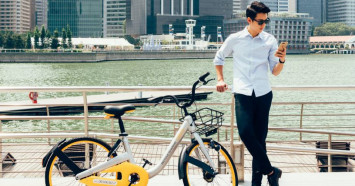 Otherwise, the rider would have to terminate his/her oBike service.

If you refuse to convert your deposit, you can request for a refund.

In other words, you either switch to the VIP model, or quit using its service.

While some might argue that this new clause is unfair or “bad practice”, it is definitely by no means unlawful.

They are just changing how the deposit is used, and the option to refund is available for users.

WHAT ABOUT CONVERTING WITHOUT USER CONSENT?

My colleague, who is an oBike user, said that she did receive a notification about this SVIP programme in her oBike inbox.

However, there was no mention about the conversion of deposit into this membership programme.

One Facebook user also said that while users account are not “automatically upgraded”, she noted a $49 deduction in her account’s purchase history to “buy” the said SVIP programme.

According to oBike’s FAQ on their website, the deposit refund only takes 14 days to be processed (this differs from their terms of service, which states “1-30 working days”).

However, one Reddit user said that his refund took as long as 3 months.

He added that when he prompted oBike after the first month, the company replied that due to the high volume of refund requests, they would need more time to process his refund.

Only 2 months after the email transaction did he receive the refund in his bank account.

In any case, do check your oBike account, especially if you haven’t been riding it for a while.

Make sure to withdraw your deposit, or if it’s already converted into the SVIP scheme, do demand them for a refund ASAP!