Auditor-General finds wastage of $5.39m of public funds at Health Promotion Board

SINGAPORE - The roll-out of a national fitness challenge by the Health Promotion Board (HPB) was found to have wasted $5.39 million of public funds, due to fitness trackers that were not put to use, the Auditor-General's Office (AGO) has said.

In its annual audit of government accounts, the AGO also flagged that erroneous claims paid to ineligible officers or pensioners over a period of more than two years which were administered by the Public Service Division (PSD) resulted in the possible overpayment of around $500,000.

The AGO detailed these findings, among others, in a report released on Thursday (July 22) on government accounts for the 2020/2021 financial year.

The Auditor-General issued an unmodified audit opinion on the Government's financial statements, which indicates that its accounts are reliable.

However, several government ministries and agencies were flagged by the AGO for lapses in five broad areas.

In all, the audit covered the financial statements of all 16 ministries and eight organs of state, three statutory boards, four government-owned companies and two other accounts.

AGO also carried out selective audits of eight statutory boards whose financial statements were not audited by the office.

For HPB, the AGO noted that its lapses pertained to the National Steps Challenge seasons 1 to 5, which had ended between one and five years prior to the audit.

Following this discovery, HPB carried out a full stock count in January this year, which found that it actually had 341,000 excess trackers, with a total value of $5.39 million.

The audit office noted that while the stock of trackers was properly accounted for, HPB's processes were inadequate to ensure that the movement of these fitness trackers were properly monitored.

"The receipt and distribution of trackers involved manual processes and multiple external parties. There was no central monitoring of the movement and stock of trackers; records maintained were incomplete; and there was no periodic reconciliation of records with physical stock on hand," it said.

On the lapses found in the claims administered by the PSD, AGO said that it discovered these erroneous claims while it was auditing medical and dental claims in the civil service.

The office found 9,500 possible erroneous claims paid to ineligible officers/pensioners over the period of Jan 1, 2018 to March 31, 2020. AGO said: "While this amounted to only 0.3 per cent of the three million claims processed during this period, the estimated possible overpayment by the Government was not small, at around $0.5 million." 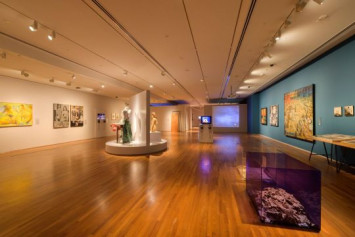 One area that was highlighted in the report involved possible irregularities in records furnished for audit. AGO highlighted lapses on this front at several agencies.

In its audit of the Ministry of Culture, Community and Youth, the office found that supporting documents for claims contained signs that they could have been photocopies of one another, with alterations made to the dates and duration of services rendered.

At the Education and Home Affairs ministries, AGO said it came across instances where there were signs that supporting documents were created or even backdated to satisfy queries.

For the Housing Development Board, it was found that quotations for some items could have been created or altered to give the impression that they were obtained from other suppliers.

And at the People's Association, possible irregularities found include signs of falsification of quotations, alteration of hard copy payment supporting details and the creation and backdating of documents.

AGO said that following its observations, the relevant agencies had carried out investigations and lodged police reports where appropriate.

It added that the entities audited take the audit observations seriously and are committed to address the lapses and weaknesses.