Platinium Dogs Club at Galistan Avenue was raided by the authorities on Dec 29, 2018.

SINGAPORE - A pet boarding facility based in a Bukit Panjang landed house was raided by the authorities on Saturday (Dec 29) following complaints that pets in its care were allegedly mistreated.

It is understood that the raid at Galistan Avenue was carried out by the Agri-food and Veterinary Authority of Singapore (AVA), the police and the Society for the Prevention of Cruelty to Animals (SPCA).

The pet boarding service is run by Platinium Dogs Club, which advertises a variety of services on its website, including overnight board for dogs, day care and grooming.

The website described the facility as being "fully air-conditioned daily", "large and spacious" and "cage-free".

The facility also promised to "provide special dietary menus for your little ones" and that its staff would attend to the pets if they needed any medical attention.

Asked about the raid, Dr Jaipal Singh Gill, executive director of SPCA, told The Straits Times on Sunday that its staff entered the house, where Platinium Dogs Club runs its services, on Saturday afternoon.

"Three SPCA personnel were present, including one veterinarian," he said. "There were a number of dogs and one rabbit in the house." Dr Gill said the SPCA had received a number of complaints against the boarding facility, which led to concerns about the welfare of the animals there.

He said: "The SPCA's immediate concern is the welfare of the animals in the house. In such cases, the SPCA takes the necessary action to secure the animals' welfare. The nature of the action depends on the condition of the animals and their living environment."

Asked about the conditions of the animals and any action that SPCA would take, Dr Gill said that the SPCA was unable to provide further details as investigations are still being carried out.

When contacted, an AVA spokesman said: "AVA safeguards animal welfare and will not hesitate to take enforcement action against offenders." 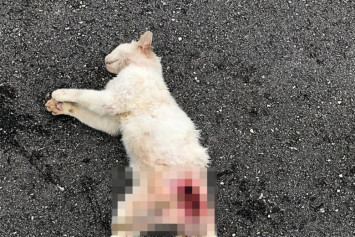 AVA was also not able to provide further details as it is still investigating Platinium Dogs Club.

It is believed that members of the public had also complained to the authority that their pets were ill treated at the boarding facility, and a police report was made against Platinium Dogs Club.

When contacted by Lianhe Wanbao, a Platinium Dogs Club spokesman said that the facility had not abused any of the pets found during the raid.

The spokesman also sent Wanbao a chain of WhatsApp messages that showed Platinium Dogs Club telling a dog owner that the facility's staff was unable to take care of a dog as the animal was unwilling to drink water and go for walks. Staff then asked the owner to either help or pick up the pet and send it to a veterinary doctor.

Platinium Dogs Club did not reply to further queries by press time.

Under the Animal and Birds Act, convicted offenders who fail in their duty of care towards animals while conducting an animal-related business may face a fine of up to $40,000, a jail term of two years, or both, said AVA.