In the video, the three children appear to chase after the cat and throw an object at it.

SINGAPORE - The Agri-Food and Veterinary Authority of Singapore (AVA) said on Saturday night (Nov 24) that it is looking into a video of children allegedly throwing stones at a cat in Hougang.

Footage of the incident, which lasts about 10 seconds, was uploaded on Facebook group Roads.sg on Saturday. It begins with two boys and a girl in a carpark peering under a stationary taxi, while a cat's meowing can be heard in the background.

When one of the children spots the cat, they exclaim loudly before rushing towards it. As the animal flees beneath a parked car, a young boy throws an object at it but misses. A girl is seen going to retrieve the object before the clip cuts.

The video's caption claimed that the incident happened at the carpark of Block 653 Hougang Avenue 8 on Friday. 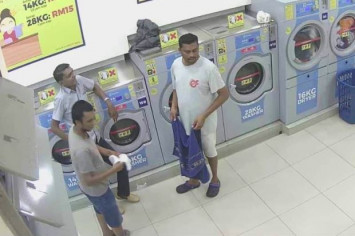 The caption also stated: "These three kids were caught chasing and stoning this community cat. The video caught them in the act and (the video uploader) shouted at them after this to stop and behave themselves.

"Parents of these kids must take them to task and tell them that it is an offence to abuse any animal in Singapore. The stone was of fist size and would have been very damaging if it hit the cat.

"Moreover, the rocks thrown could have also damaged parked cars."

The AVA told The Straits Times that it had received feedback on the case and was looking into it. It further encouraged members of the public with any information on the case to call its 24-hour hotline on 1800-476-1600.

ST has reached out to the Society for the Prevention of Cruelty to Animals for its comments on the issue.