SINGAPORE - Batches of imported Dutch frozen raw pork are being recalled here after warnings of a Salmonella outbreak.

The Agri-Food and Veterinary Authority (AVA) said on Friday (Dec 14) that the foodborne outbreak of Salmonella Goldcoast is suspected to be linked to the consumption of pork products from a single slaughterhouse in the Netherlands.

The move comes after an alert was issued by the European Commission's rapid alert system for food and feed.

AVA confirmed that there are imports of the implicated products here, and added that it is working with importers to recall the implicated frozen pork consignments. 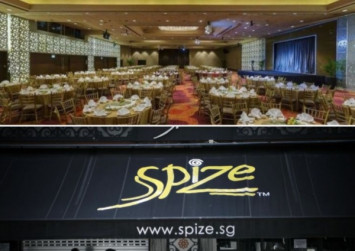 Salmonella, found in raw meat, can cause an infection known as Salmonellosis.

But the authority said that such infections can be avoided by cooking food thoroughly and preventing cross-contamination.

Friday's statement comes after a string of food poisoning here in the past weeks have affected hundreds.

An outbreak of the Salmonella typhimurium bacterium at Spize's River Valley restaurant in November affected 82 people, claiming one life.

The Straits Times reported on Friday that authorities have found no links between the recent outbreaks.

In its statement, AVA said all raw meat should be cooked thoroughly, and advised consumers on the following: