A baby boy was found dead at home nine days after he was born in May 2018.

However, the coroner's court recently concluded that the cause of his death was unclear, Shin Min Daily News reported.

According to court documents, the mother had coaxed her infant to sleep after feeding and bathing him on the night of June 1, 2018. She also placed two cushions beside him on the bed.

When he didn't cry hours later, the mother checked on her baby and realised that his body had gone cold and stiff. She also noted that there was nothing covering the boy's face which faced upwards.

The baby had no pulse and was no longer breathing after he was taken to a hospital. He was declared dead at 6.20am the following day.

According to the hospital, there were no obvious signs of injury nor drugs found in the baby's body.

The police were unable to ascertain any sign of resistance as the baby cot was kept before they arrived at the scene. 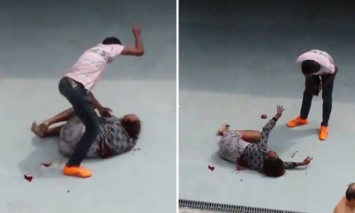 When she was expecting the baby, the woman was stabbed by her husband along Lorong 16 Geylang on Dec 30, 2017.

He had suspicions that she was prostituting herself and doubted that the child she was carrying was his own, according to media reports.

The woman, then 26, managed to keep the baby after undergoing surgery at Tan Tock Seng Hospital for multiple stab wounds.

Her husband was arrested shortly after the attack, and subsequently sentenced to seven years in jail and six strokes of caning.

Although she survived the attack, the woman had a troubled pregnancy.

29 weeks into her pregnancy, she was hospitalised at the National University Hospital after she experienced pain in her lower abdomen.

Based on the diagnosis, her discomfort was found to be linked to the previous bowel surgery she had undergone. After a four-day stay, the woman was discharged on April 16, 2018.

The baby was born via Caesarean section on May 24, 2018, after a check-up at the Singapore General Hospital revealed a "large amount of foetal inhalation and respiratory distress".

The infant was kept under the observation in hospital for a week following his birth.