SINGAPORE - Recent disruptions in the import of live pigs from Indonesia have had little impact on supply and prices thus far, raw pork and bak kwa sellers say.

With Chinese New Year less than two weeks away, queues have begun to form at popular bak kwa outlets in Chinatown, where prices for the barbecued meat are starting to creep up.

Retailers, who typically increase prices by a few dollars in the lead-up to the Chinese New Year to cover additional labour and material needs, said bak kwa prices have remained stable this year at $55 to $58 per kg.

Shin Min Daily News reported on Tuesday (Jan 22) that some raw pork sellers were concerned about a supply shortage as several recent shipments of live pigs from Indonesia did not arrive.

The pigs are slaughtered in Singapore and sold locally here as chilled pork.

"On some days in the past two weeks, there was no import of live pigs from Pulau Bulan as the importer's barges were delayed," a spokesman said, adding that more pigs from Sarawak were slaughtered to mitigate the supply disruption.

One importer who declined to be named said that it is the first time that the daily shipments from Indonesia have been disrupted, with two or three delays over the past week.

His firm stores a one-day buffer supply, so stock has only been "a little bit short", he said.

A pork seller at the Chinatown market, who gave her name as Mrs Poon, said that she buys three to four pigs a day from Indonesia, but has not had to increase prices as her supplier has managed to cover the missed shipments.

"It was only for one or two days - there should be plenty of supply for the peak new year period," said Mrs Poon, 67.

A spokesman for popular bak kwa chain Lim Chee Guan said that the effect of the disruption has been "manageable" as the firm uses pork from various sources.

The price of its traditional sliced bak kwa increased by $6 over the weekend to $58, about the same as last year.

"Whether there will be further increases depends on stock and raw material costs which vary daily, but we try to keep it to the bare minimum," she said.

The coming Year of the Pig will hopefully bring with it a healthier appetite for bak kwa, vendors said. 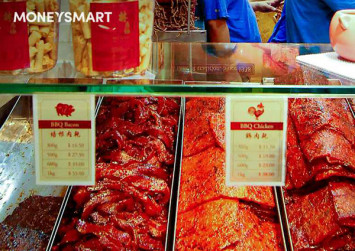 Kim Joo Guan, which has outlets in Chinatown and Novena, has increased its prices by $3 to $55 per kg for the Chinese New Year period.

Owner Arthur Ong said the fixed yearly increase is to cover additional packaging and manpower costs, adding that Kim Joo Guan is unaffected by the supply disruption from Indonesia as it uses pork from Australia.

"It's still early, but compared to this time last year we're seeing a higher volume of sales, with an increase of 10 to 20 per cent for corporate pre-orders," said Mr Ong.

Kim Hock Guan, which has outlets in Chinatown and Bencoolen, increased its price to $56 per kg two weeks ago and sales so far have been "slightly better than last year", said Mr Wilfred Lim, a partner at the company.

Traditional sliced pork was selling at $56 per kg at Bee Cheng Hiang and Fragrance outlets in Chinatown when The Straits Times visited on Thursday. Staff at both said that prices have yet to increase, and will likely go up by a few dollars in the coming week. 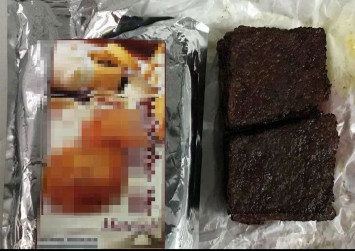 Lim Chee Guan's signature pork slices had sold out at its three outlets by lunchtime, though dozens of people were seen queueing to buy other varieties.

Ms Lee Xin En, who joined the queue outside its New Bridge Road outlet at about 8am, reached the front of the line at about 1pm and bought 40kg of the sweet meat.

"I buy from them every year so I know to come very early," said Ms Lee, 50, who works in customer service.

"I'm buying more this year to give to family and friends - hopefully it will bring more prosperity since it's the Year of the Pig."