SINGAPORE - A 28-year-old Bangladeshi worker was killed after a HDB lift that was undergoing upgrading seemingly fell from the fifth to first floor on Monday night (Jan 14) in Chai Chee Road.

The worker was part of a team carrying out lift replacement works at Block 805, and had been transporting debris from the fifth to the ground floor, said a Ministry of Manpower (MOM) spokesman.

The worker was subsequently found inside the lift on the ground floor with injuries.

The MOM is investigating the incident and has stopped all lift upgrading works at the site.

The contractor for the upgrading works - which started on Jan 4 - is Chevalier Singapore Holdings and the worker's employer is Tc Builder & Machinery. 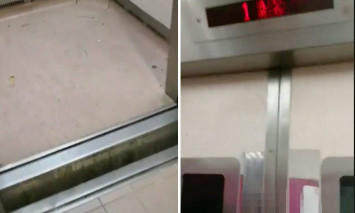 According to Shin Min Daily, other workers on the site heard shouts and rushed over immediately, and found the victim in the lift, who had lost consciousness by then.

Paramedics from the Singapore Civil Defence Force, which received a call for assistance at 6.53pm, pronounced him dead at the scene. 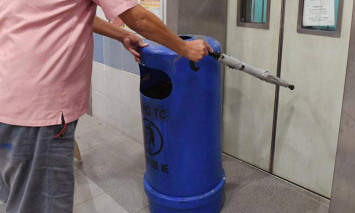 The 53-year-old resident who is self-employed said she heard a loud noise that sounded like a heavy object had fallen to the ground from a height. But she did not expect that an accident had taken place.

Residents that Shin Min Daily spoke to also said that the block is about 27 years old, and it was the first time the block was undergoing major upgrading works.

The police are investigating the unnatural death.