Is this the most elaborate Chinese New Year decoration you've seen yet?

One resident in Bedok would like to highlight the spectacular effort her neighbour goes through to decorate her home for the Lunar New Year.

According to AsiaOne reader Nabilah who wrote in with the photos, the homeowner, Linda Cheng, 57, makes it a point to dress up her home and even the common corridor for the festive season every year. And this year, visitors to this unit and neighbouring homes in Bedok Reservoir Road Blk 131 are once again guaranteed a visual feast.

Said Nabilah: "My neighbour has done it again. For Chinese New Year this year, she has decorated our common corridor according to this year’s Dog year.

"She pasted Dalmatian stickers on the wall, put up beautiful flower garlands with fairy light decorations, even getting Dalmatian mother and baby plushies to put around.

"She also showcased her Dalmatian dog toys in dog houses, made using the crates which she used for last year’s chicken golden eggs 'nest'. The corridor is brighter and livelier now."

Nabilah said her neighbour has spared no effort this year despite having an eye operation recently and having to work shifts.

"She loves to share her works with people around so that they can feel the joy and spirit of the new year!" said Nabilah.

Speaking to AsiaOne, Ms Cheng said she spent "$700 to $800" this year on the decorations, with the conceptualising process beginning two months ago in December. 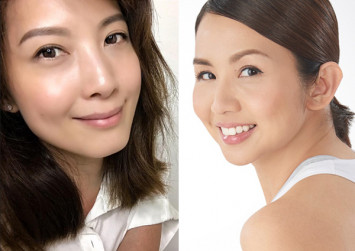 The beauty advisor, who works at Changi Airport, says she has been inspired to carry on her yearly decorations partly because her late father, who suffered from dementia, loved to to see them. Her dad passed away two years ago.

But her main motivation, she says, is to "share the happiness with everyone", and she is heartened that her neighbours, many of whom are Malay, can also appreciate her efforts.

She's also not afraid that people who come by may steal her decorative pieces as well. "If they do, that means they really like it," said Ms Cheng, laughing.