Wang Jianliang, who works at NTU's School of Electrical and Electronic Engineering, had pleaded guilty to committing a rash act and an act of mischief.

SINGAPORE - A university professor who vented his fury at a fellow motorist in a road rage incident received a lecture of his own in court.

Wang Jianliang - an associate professor at Nanyang Technological University (NTU ) - was branded "belligerent" by a judge, who heard how the 57-year-old had braked abruptly three times in front of a car that had not given way to him.

The professor then got out of his vehicle on the Pan Island Expressway (PIE) to argue with the other driver, grabbing his arm and banging on his bonnet repeatedly, leaving it dented.

District Judge Christopher Tan jailed Wang for a week, fined him $2,000 and banned him from driving for six months on Thursday (May 23).

He said when Wang was out of the car, he was "as belligerent as he was behind the wheel".

He added: "I am left with no doubt that this is a road rage case."

Wang, who works at NTU's School of Electrical and Electronic Engineering, had pleaded guilty to committing a rash act and an act of mischief. Another charge of using criminal force was taken into consideration during sentencing. 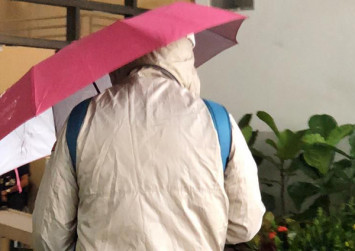 Wang and the other driver - 60-year-old Samuel Lim - were driving near Pioneer Road North during the evening rush hour on March 16, 2017, when they joined a lane that merged onto a packed PIE.

"He intentionally sped up and drove on the road shoulder in order to overtake the victim's car," she added.

When Wang was directly in front of Mr Lim's car, he abruptly jammed on the brakes twice to show his displeasure towards him.

When he did so a third time, Mr Lim failed to brake in time and collided into Wang's rear bumper.

Both men got out of their cars to take photos of the scene and when Mr Lim refused to hand over his driving licence to Wang, Wang flew into a rage and yelled at him, the court heard.

The damage to Mr Lim's car bonnet, bumper and number plate added up to more than $4,000.

Wang later offered to pay for the damage, but Mr Lim declined.

Defence counsel Eugene Thuraisingam asked for Wang to be fined instead, citing factors such as the lack of injuries and premeditation, and the offer of compensation.

Wang is out on bail as he intends to appeal against his sentence.

He has been suspended by NTU pending disciplinary proceedings.

The university said: "NTU expects all members of its community to represent the highest ethical standards and to comply with the law at all times."

For committing an act so rashly as to endanger human life or the personal safety of others, Wang could have been jailed for up to six months and fined $2,500.