Wellington College was founded in 1853 as a memorial to the first Duke of Wellington.

SINGAPORE - Top British public school Wellington College will be setting up a school in Singapore in a few years' time, backed by Singaporean billionaire Peter Lim.

The school, which will cater to students from the ages of three to 18, will join a network of campuses in other countries belonging to Wellington College International (WCI), the overseas arm of the school.

WCI Regional Management, Mr Lim's company, announced on Wednesday (Feb 23) that it has signed a master licence agreement to set up three WCI schools in Singapore, Indonesia and Malaysia.

The target is to open at least one of the campuses by 2025, subject to regulatory approvals from the authorities.

Fees will be similar to those charged by high-end international schools — hovering around $30,000 a year or more.

The plan is to take in up to 2,000 students in each school, which will offer early years, preparatory and senior school programmes following the national curriculum in Britain and culminate in the International Baccalaureate (IB) diploma. 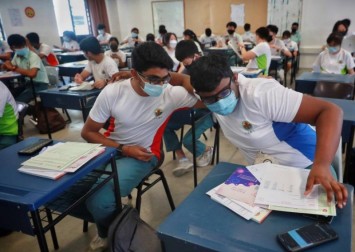 These schools will join the current 5,000 students in the WCI family of schools in China and Thailand, and another in India opening in 2023.

In a statement, WCI said the upcoming schools will meet rising demand by expatriates and local families who seek quality education for their children without having to send them thousands of miles away from home.

Wellington College was founded in 1853 as a memorial to the first Duke of Wellington, one of the commanders who led and ended the Napoleonic Wars.

The school in Britain occupies 162ha of land in a small town, Crowthorne, about an hour's drive from London.

It is one of the top 10 schools in Britain for its IB diploma results, and is also renowned for its achievements in the performing arts and sports, including hockey and rugby.

Commenting on its latest partnership, which was inked in January, Mr Lim said: "We are delighted to partner Wellington College to offer expatriates and parents in Asia the opportunity to provide the very best of British education to their children at campuses in Southeast Asia.

"Wellington College is an ideal choice. We believe the Wellingtonian values of courage, respect, integrity, kindness and responsibility are well suited for Asia. It is vital that we equip our youth with skills that extend beyond the classroom to help them reach their full potential and prepare them for the future."

WCI's international director Scott Bryan said: "We are thrilled to team up with Peter Lim to launch a network of outstanding schools in Singapore, Indonesia and Malaysia. The region is growing fast, spurring demand for international schools like Wellington that offer well-rounded academic experiences and unrivalled opportunities."

Speaking to The Straits Times, Mr Bryan said that Wellington College is heavily involved in the setting up of its international schools, including designing curricula and appointing senior leadership, to ensure the quality of education delivered is up to par with the parent school.

Representatives from the British school will be on the schools' boards of governors and annual inspections will be conducted.

Said Mr Bryan: "It's not just having the Wellington name across the door. The schools will have continued support, involvement and visits from Wellington staff and help to appoint teachers." 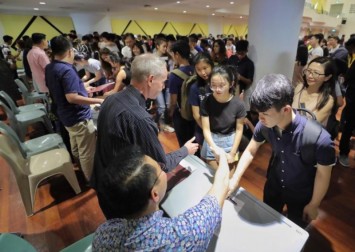 Ms Wong Li Lin, the spokesman for WCI Regional Management, said: "The international school area is a new area for us. What's critical in all our investments and endeavours is youth development… and in a way this is also a part of that.

"Mr Lim has always believed in education opening up a lot of opportunities for the young. This will be a passion project and international school education is an exciting growth market particularly in this part of the world."

Despite border restrictions brought on by the Covid-19 pandemic, international school enrolment in Singapore has not been majorly affected and premium schools continue to draw interest.

When it opens, Wellington will join the ranks of several prestigious international schools in Singapore, like United World College of Southeast Asia and Dulwich College (Singapore).

Singapore has about 30 international schools catering largely to the expatriate community. Previously reported figures show that there are about 40,000 students in these schools.