SINGAPORE - Blogger Leong Sze Hian, who is being sued for defamation by Prime Minister Lee Hsien Loong, will appeal a High Court judgment against him.

The judge also struck out Mr Leong's counterclaim against PM Lee, in which Mr Leong argued that the libel suit is an abuse of court process. Justice Aedit found that the countersuit did not have a "reasonable cause of action", as the legal basis it was premised on did not exist.

Mr Leong's lawyer Lim Tean said that this decision was based on another lawsuit, which "sets down a blanket rule that there is no tort of abuse of process and providing for no exceptions".

But there are "good arguments" for why the current case should be distinguished from the previous case, said Mr Lim, who is from Carson Law Chambers. He added that recognising the abuse of court process is "especially important to safeguard freedom of expression". 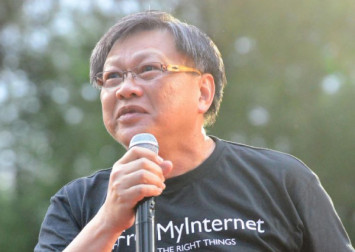 PM Lee initiated legal action against Mr Leong in December after Mr Leong shared on Facebook part of the headline of an article from Malaysian news portal The Coverage, with a link to the full article.

PM Lee's lawyers said the article's allegations were "false and baseless", and it was clear Mr Leong had published the post "maliciously and to damage our client".

Addressing Justice Aedit's decision to uphold PM Lee's claim against Mr Leong, Mr Lim said that there could have been "no damage caused by the few people that read the post".

"Our client does not assert what the article was alleged to have said was true," he added. "He will challenge the Prime Minister's case on meaning, extent of publication, on re-publication and malice".