LONDON - Britain is awash with dirty money as the world's most corrupt funnel cash into luxury yachts, jewellery, property, jets and even private school fees, campaigners said on Thursday (Oct 24) in a study.

More than £300 billion (S$525 billion) of suspect money has flowed in via UK-based accountancy firms, banks and law firms, Transparency International said, drawing on conclusions from a study into more than 400 corruption and money-laundering cases.

A spokesman told AFP that the cases span back three decades, but the majority are during the last 10-15 years.

"The UK is a hub for corrupt wealth from around the world," the organisation concluded.

"This money is acquired with the aid of companies incorporated in the UK and in its offshore financial centres, invested into luxury property here, and used to buy access to prestigious institutions and privileged lifestyles," the report said.

It continued: "A substantial amount of (this money) is obtained by those who have abused power entrusted in them for private gain."

"The list of exposes detailing the investments and indulgences of a global cadre of corrupt individuals in or through our economy has become too large to ignore.

"Although this is deeply worrying, it is increasingly acknowledged within policy circles and business, which is a positive step towards taking meaningful action."

The group noted that some services - like architects, interior designers, private education providers and public relations firms - all fell outside anti-money laundering rules.

The study also identified 421 properties, worth around £5 billion that were "bought with suspicious wealth". 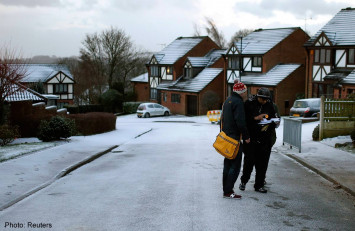 And it warned that this could be "the tip of the iceberg" because some 87,000 properties in England and Wales are owned by companies based in secrecy jurisdictions, where there is no information about beneficiaries.

It also signalled a swathe of suspect purchases that also include superyachts, luxury cars, private jets and even a box at Chelsea Football Club's Stamford Bridge stadium.

"We've known for a long time that the UK's world-class services have attracted a range of clients, including those who have money and pasts to hide," added Duncan Hames, director of policy at Transparency International UK.

"Now, for the first time, we have shed light on who these companies are and how they have become entangled in some of the biggest corruption scandals of our time.

"This should act as a wake-up call for government and regulators, and deliver much-needed reforms to the UK's defences against dirty money."